Posted by Green on November 24, 2021
in Discography, folk, folk-rock, singer-songwriter
as John Martyn 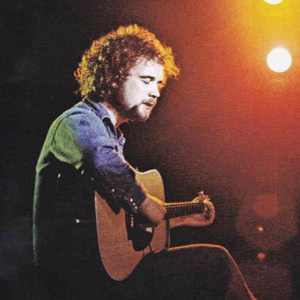 Iain David McGeachy OBE (11 September 1948 – 29 January 2009), known professionally as John Martyn, was a British singer-songwriter and guitarist. Over a 40-year career, he released 22 studio albums, and received frequent critical acclaim. The Times described him as “an electrifying guitarist and singer whose music blurred the boundaries between folk, jazz, rock and blues”.

Martyn began his career at age 17 as a key member of the British folk music scene, drawing inspiration from American blues and English traditional music, and signed with Island Records. By the 1970s he had begun incorporating jazz and rock into his sound on albums such as Solid Air (1973) and One World (1977), as well as experimenting with guitar effects and tape delay machines such as Echoplex. He struggled with substance abuse and domestic problems throughout the 1970s and 1980s, though he continued to release albums while collaborating with figures such as Phil Collins and Lee “Scratch” Perry. He remained active until his death in 2009.