Posted by Green on May 20, 2021
in americana
as John Hiatt with Jerry Douglas 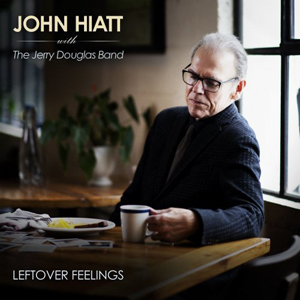 In the midst of a global pandemic, John Hiatt walked into Historic RCA Studio B and opened up a lifetime full of leftover feelings. A half-century ago, Hiatt lived in a ratty, USD15-a-week room on Nashville’s 16th Avenue, less than a mile away from the RCA and Columbia studios that were the heartbeat of what had come to be known as “Music Row.” In the ensuing 50 years, he went from a scuffling young buck to a celebrated grand master of song. With Leftover Feelings, Hiatt teamed up with multi-grammy winning artist and producer, Jerry Douglas and his band, The Jerry Douglas Band. There’s no drummer, yet these grooves are deep and true. And while the up-tempo songs are, as ever, filled with delightful internal rhyme and sly aggression, the Jerry Douglas Band’s empathetic musicianship nudges Hiatt to performances that are startlingly vulnerable.