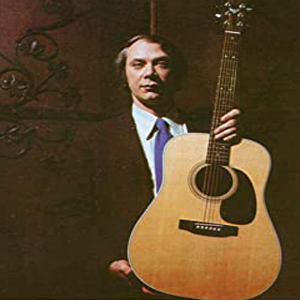 John Aloysius Fahey ( February 28, 1939 – February 22, 2001) was an American fingerstyle guitarist and composer who played the steel-string acoustic guitar as a solo instrument. His style has been enormously influential and has been described as the foundation of the genre of American primitive guitar, a term borrowed from painting and referring mainly to the self-taught nature of the music and its minimalist style. Fahey borrowed from the folk and blues traditions in American roots music, having compiled many forgotten early recordings in these genres. He would later incorporate 20th-century classical, Portuguese, Brazilian, and Indian influences into his work.

Fahey spent many of his later years in poverty and poor health, but enjoyed a minor career resurgence in the late 1990s, with a turn towards the avant-garde. He also created a series of abstract paintings in his final years. Fahey died in 2001 from complications from heart surgery. In 2003, he was ranked 35th on Rolling Stone magazine’s “100 Greatest Guitarists of All Time” list.