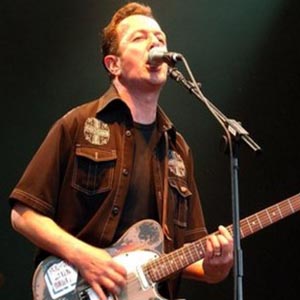 John Graham Mellor (21 August 1952 – 22 December 2002), better known as Joe Strummer, was a British musician, singer, songwriter, composer, actor, and radio host who was best known as the co-founder, lyricist, rhythm guitarist, and co-lead vocalist of punk rock band The Clash. Formed in 1976, the Clash’s second album Give ‘Em Enough Rope (1978) reached No. 2 on the UK charts. Soon after, they achieved success in the US, starting with London Calling (1979) and peaking with Combat Rock (1982), which reached No. 7 on the US charts and was certified 2× platinum there. The Clash’s explosive political lyrics, musical experimentation, and rebellious attitude had a far-reaching influence on rock music in general, especially alternative rock.Their music incorporated reggae, ska, dub, funk, rap and rockabilly.