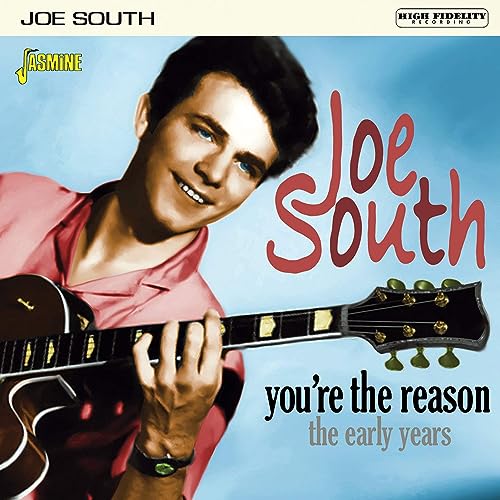 Although nowadays chiefly remembered for his 1969 million-seller ‘Games People Play’, JOE SOUTH had been writing, recording and producing records since the late 1950s.

This compilation presents South’s first dozen 45s, recorded between 1958- 62 for a variety of Georgia-based labels, plus a studio outtake and three of his early songwriting/production successes with other artists. Features his earliest hits, ‘The Purple People Eater Meets The Witch Doctor’ and our title track, ‘You’re The Reason’, alongside regional hits/collectors’ rarities like ‘I’m Snowed’, ‘What A Night’, ‘Play It Cool’ and ‘Masquerade’.

The bonus tracks feature Billy Joe Royal, Linda Brannon and The Tams, whose ‘Untie Me’ was Joe’s first major national hit as a writer and producer. This is the very first comprehensive compilation of South’s early career, and a half-dozen of these sides have never previously appeared on CD.