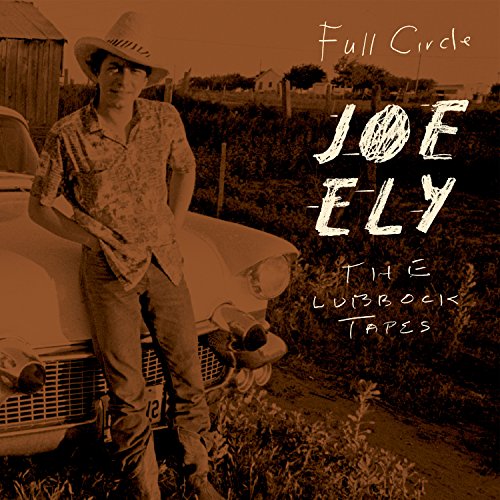 With some 26 albums under his belt, legendary songwriter and roots rocker Joe Ely brings it all back around with the release of Full Circle – The Lubbock Tapes (Rack ‘Em Records release date: August 17).

Recorded in 1974 and in 1978, the sessions represent two critical periods in Ely’s storied career and illustrates not only the evolution of the famed Joe Ely Band but also why he has long been considered one of the most important artists hailing from Texas.

He needed a band.

He enlisted Lloyd Maines (from the biggest country dance band in the region, The Maines Brothers Band) and added bassist Greg Wright and drummer Steve Keeton. It wasn’t long before The Joe Ely Band was packing clubs whenever they played.

The second batch of recordings of The Lubbock Tapes: Full Circle are demos recorded in studio sessions in Lubbock, Texas in 1978 in preparation for Ely’s third MCA album, Down on the Drag. By that point, the band was complete with the addition of guitarist Jesse Taylor and accordionist Ponty Bone.

Two recording sessions, four years apart, make it clear how Ely’s music was changing. “You can hear it going from a real honky-tonk sound to a harder edge,” Ely explains. Between Maines and Taylor a distinct sound emerged that mixed high-energy, blues-inflected rock-and-roll with varying degrees of twanged-up country, fitting in perfectly with the progressive country sound emerging out of Austin, only a little bit farther out on both the country and rock extremes.