Posted by Green on February 17, 2021
in Discography, rock
as Jim Capaldi 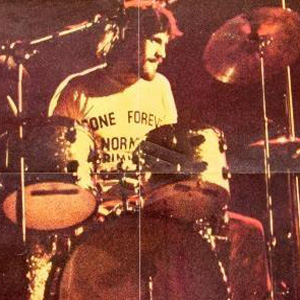 Nicola James Capaldi (2 August 1944 – 28 January 2005) was an English singer-songwriter and drummer. His musical career spanned more than four decades. He co-founded the psychedelic rock band Traffic in 1967 with Steve Winwood with whom he co-wrote the majority of the band’s material. He was inducted into the Rock and Roll Hall of Fame as a part of Traffic’s original line-up.

Capaldi also performed with Jimi Hendrix, Eric Clapton, George Harrison, Alvin Lee, Cat Stevens, and Mylon LeFevre, and wrote lyrics for other artists, such as “Love Will Keep Us Alive” and “This is Reggae Music”. As a solo artist he scored more than a half dozen chart hits in various countries, the best-known being “That’s Love” as well as his cover of “Love Hurts”.