Posted by Green on March 10, 2020
in progressive rock
as Jethro Tull 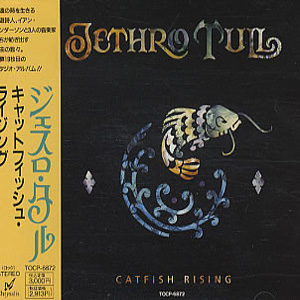 Jethro Tull’s best album of the 1990s, a surging, hard-rocking monster (at least, compared to anything immediately before or since) that doesn’t lose sight of good tunes or the folk sources that have served this band well. The lineup this time out is Anderson on acoustic and electric guitars, flute, and electric and acoustic mandolins, Martin Barre on electric guitar, Doane Perry on drums, Dave Pegg on bass, and Andrew Giddings on keyboards. The real difference between this and most of the group’s output since the end of the ’70s lies in the songs, all of which are approached with serious energy and enthusiasm; the lyrics are completely forgettable, but for the first time since War Child, the band sounds like they’re playing as though their lives depended on it. “Sparrow on the Schoolyard Wall” is at least as good a song as “Bungle in the Jungle” or “Skating Away on the Thin Ice of a New Day,” and while that ain’t exactly “My God,” it’s still better than most other contemporaneous Tull albums have done. “Still Loving You Tonight” and “Sleeping with the Dog” recall the group’s blues roots, albeit not quite in bluesy enough fashion. There’s still some dross, as there would almost have to be on an hour-long album, but overall, this is the group’s best album since the end of the ’70s.