Posted by Green on March 10, 2020
in alternative rock, singer-songwriter
as Jesse Malin 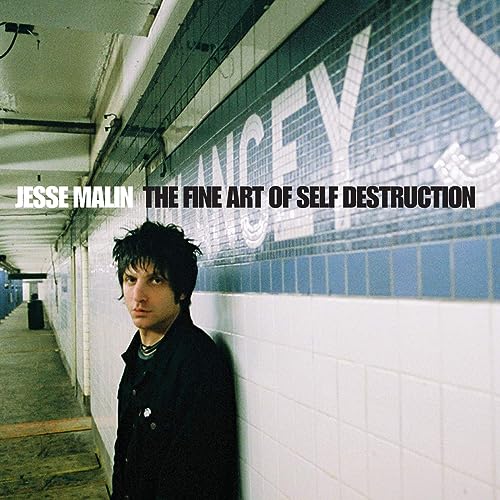 Comparisons to Ryan Adams (even in his image) and Bruce Springsteen were inevitable when American singer-songwriter Jesse Malin released his debut album ‘The Fine Art of Self Destruction’ in 2002. In fact, it was actually produced by Adams, a good friend and champion of his, who was making his own debut as a producer.

With consistently beautiful songwriting, this was a very strong first album indeed, and although Jesse’s perfectly capable vocals are similar to many other artists (though not quite as strong as Ryan Adams as a singer in my opinion), he is an individual talent in his own right.

Despite the fact that he has always looked like the rock star, and sure knows how to write emotional, story-telling tunes with lyrics that will tug away at your heart strings, it still came as quite the surprise to me when, after giving this another play recently, that he still hasn’t made it very big yet.

Nevertheless, popularity has never taken anything away from how good a lesser appreciated artist is, and ‘The Fine Art of Self-Destruction’ is a very listenable album which still sounds just as good as it ever did today. It certainly deserves it’s place in any Ryan Adams fan’s CD collection. My favourite songs are the title track, the opening ‘Queen Of The Underworld’, ‘TKO’, the acoustic heartbreaker ‘Solitaire’, which finds him Jesse at his most candid, and really allows him to show off his husky, emotional voice, and the fast-paced driving rocker ‘Wendy’.