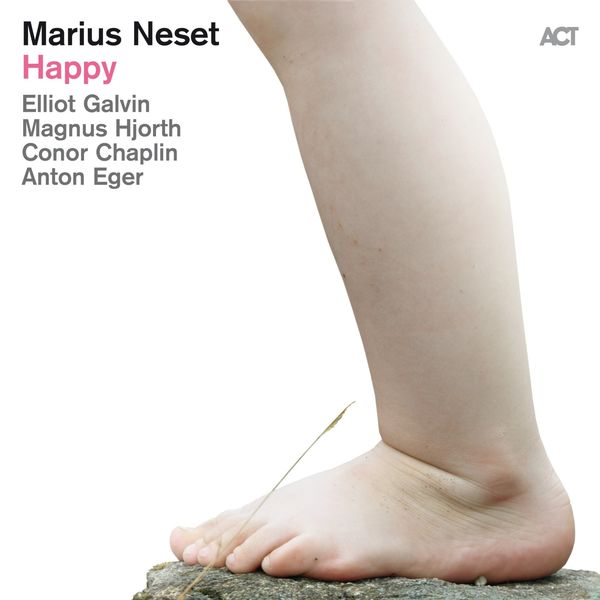 Very great m usicians are often ahead of their time. Saxophonist/composer Marius Neset is one of the most critically and professionally acclaimed musicians in jazz in Europe. He has not only launched his instrument “into a new dimension” (Süddeutsche Zeitung), recent concerto-type works written for the London Sinofonietta and the Bergen Philharmonic have redefined its role as a solo or group-leading instrument with orchestra. His achievements are astonishing, complex, visionary… and maybe sometimes hard to grasp straight away. His unique path of achievement continues, however: Neset will make his debut on the main stage of the Royal Albert Hall, as soloist on 3 September 2022 with an ambitious new work. ‘Geyser’, one of the main festival commissions of its current season from the prestigious BBC Proms.

What might it take, then, for the respect and admiration he so clearly has, particularly among other musicians and from promoters, to start to become reflected in wider popular acclaim, maybe even cult status? Perhaps this new ACT album “Happy” will be a step along that path. Here he draws for the first time on the pop, soul and funk of the 70s and 80s: “There is a ‘message’ in the title of this album,” says Neset. “It is very simple, but also a very strong one. We had a great time recording the album. A week in the studio, day and night, everyone was loving it. And that long process of making it has essentially been whittled down…into the happiest moments we had.” Neset admits that his compositions in the past have often been influenced by the darker side of world events. In view of the many current crises, however, this time he decided to go for the opposite: this is genuinely happy music, which nevertheless doesn’t either deny or abandon anything of Neset’s own musical DNA.

Listeners can expect – as is usual with Marius Neset – to be taken on a roller-coaster ride from the start. And yet there is something else going on in the title track “Happy” which opens the album: delight and pure joy. It may be a wild ride, but the unmistakable felling of happiness finds its way deep into the listener’s ear as well. The music is full of quotations (there’s Stevie Wonder and Cool & The Gang as well as David Sanborn and even Michel Legrand, for starters), the tempo is full-on, the mood is definitely ‘up’, but it is also full of surprising twists and stylistic clean breaks. The piece acts as a prelude to an album which allows Marius Neset to explore new directions: “Some pieces are rhythmically very experimental, although they are explicitly inspired by the simplicity and authenticity of soul,” Neset tells us. “The use of keyboards and synth sounds was also new to me. It almost takes me back to ‘Golden Explosion’, my debut album.” On “Wildlife”, Neset clearly is drawing on Afrobeats and West African high-life sounds: this is a piece originally composed for classica orchestra, this is a piece originally composed for classical orchestra, and it finds a new serenity in these ideal surroundings. “A Hand To Hold”, on the other hand, is a completely classic and quiet ballad – this pared-down purity being a new departure for Neset. As someone who is known for his dynamism and for the velocity and power of his saxophone playing, this time the dial has been set for a different destination: softness. Finally, “Diamonds” is another kind of adventure, as Neset plays over ethereal, electronically generated sounds.

Just as there are new sounds in “Happy”, Neset has also enlisted new bandmembers. Following on from a period in which his attentions have been drawn by writing works for large ensemble, and also his most recent album – for solo saxophone – he returns to the small-group setting, but with only one constant from his most recent, much-loved and astonishingly well-travelled quintet, and that is Anton Eger. The Swedish drummer has the capacity to be in synch with Neset’s explosive rhythmic ideas like nobody else. Pianist Magnus Hjorth, also from Sweden, is an acquaintance from Neset’s early career, and makes a return here. Back in 2005, he was the original pianist in the trio Phronesis, from which Neset over time was to recruit other band members…There are also completely new British components in Neset’s quintet: “I wanted an electric bass player and a keyboard player for the project. I had already met Conor Chaplin at some gigs, and started to imagine his bass sound as I was composing, he is a very fresh and inspiring presence for me. I had, of course, heard a lot of good things about Elliot Galvin. I thought his keyboard playing would be a perfect fit in the quintet, his style being so unconventional. As luck would have it, he agreed with me. Very crucial for the album is the balance that Magnus on the piano and Elliot on the keyboard found for their completely different musical identities. They had an instant chemistry and I’m still blown away by the way their opposite musical natures seem to complement each other.”

Neset has also been particularly focused on the bigger structures, the narrative arcs of this album. Therefore, after the groove-infused introduction and a brief excursion to Africa, the album takes off onto new paths and finds its way into the unknown. One particularly inspired flick of the switch is “The Unknown”. Here, Neset says, an over-arching influence has been György Ligeti. We might think of Marius Neset as adventurous, elemental and yet with the wish to express melancholy. Here we find him in several new guises: he can also by turn be “classical”…or gentle…or cheerful. The sheer delight of this new album is bound to win him new fans.

... other posts by gregg