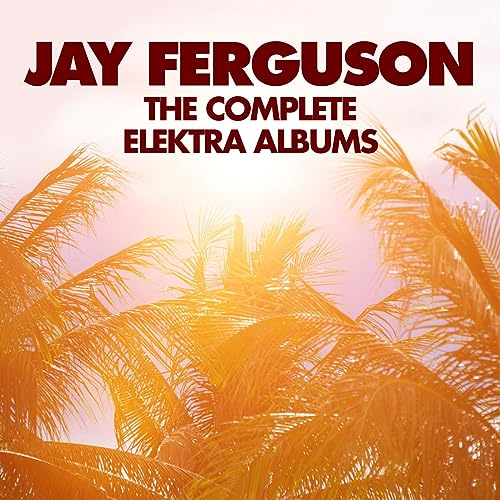 Best known as the lead singer of Spirit and Jo Jo Gunne, Jay Ferguson pursued a solo career in the late ’70s before eventually moving into film scoring work. Ferguson was born May 10, 1947, in Burbank, CA; tired of piano lessons, he began playing folk music as a teenager, but soon discovered rock & roll through the British Invasion, and played in several garage bands for fun. One of those bands, the Red Roosters, featured several future members of Spirit, the eclectic, jam-oriented psychedelic rock outfit that Ferguson joined in 1967. Spirit released four albums from 1968-1970 and became cult favorites through their exposure on the newly emerging, album-oriented FM radio underground. However, band infighting eventually led to Ferguson’s departure; he and Spirit bassist Mark Andes left in 1971 to form Jo Jo Gunne, which played a more straightforward, melodic brand of hard rock, and began to feature Ferguson’s piano/keyboard playing. Jo Jo Gunne released four albums before disbanding in 1975 amid a loss of musical direction, and Ferguson went solo, remaining with the Asylum label.

Ferguson’s debut album, All Alone in the End Zone, was released in 1976, and showed him moving away from the hard rock that Jo Jo Gunne was best known for. Instead, it had more in common with the slick Southern California pop/rock of the era, the sort that found the middle ground between soft rock and album rock; it featured substantial contributions from then-Eagles guitarist Joe Walsh. So did the slightly more pop-oriented follow-up Thunder Island, whose title track hit the Top Ten in 1977 and helped make the album a commercial success. After a limited-run live album, Ferguson released his official follow-up, Real Life Ain’t This Way, in 1979; it produced another Top 40 hit in “Shakedown Cruise.” With those successes under his belt, Ferguson jumped to Capitol for his next album, 1980’s Terms & Conditions. However, it and the 1982 follow-up White Noise failed to produce any more hits. With his keyboard and MIDI expertise, however, Ferguson was primed to begin a new career as a soundtrack composer for film and television; he worked on The Terminator, Nightmare on Elm Street 5, and the UPN television series Viper, among many others, and remained active into the new millennium.