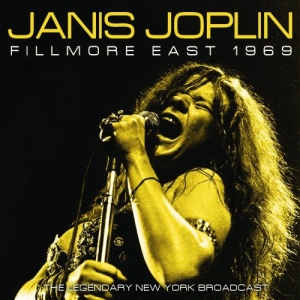 Janis Joplin\x27s last performance with Big Brother \x26 The Holding Company \- save for a couple of later re\-unions \- was at a Chet Helms benefit in San Francisco on December 1, 1968. After the split, Janis formed a new backup group, The Kozmic Blues Band, comprised of session musicians like keyboardist Stephen Ryder and saxophonist Cornelius \x26#34;Snooky\x26#34; Flowers.\n• By early 1969, Joplin was allegedly shooting at least $200 worth of heroin per day ($1500 currently) although efforts were made to keep her clean during the recording of I Got Dem Ol\x27 Kozmic Blues Again Mama!. Gabriel Meckler, who produced Kozmic Blues, told publicist\-turned\-biographer Myra Friedman after Joplin\x27s death that she had lived in his Los Angeles house during the June 1969 recording sessions at his insistence, so he could keep her away from drugs and her drug\-using friends.\n• Despite this, during the early months of ’69 Joplin and the Kozmic Blues Band performed a number of one\-off shows in the US, including two nights at the Fillmore East in New York on 11th and 12th of February. Supported by the Grateful Dead, their second night there was recorded for live radio broadcast and transmitted along the East Coast.\n• One of the finest ever concerts Janis and the Kozmics ever performed, this previously unreleased event is now available in its entirety on the new CD.