Posted by Green on August 31, 2018
in folk
as Jake Shimabukuro 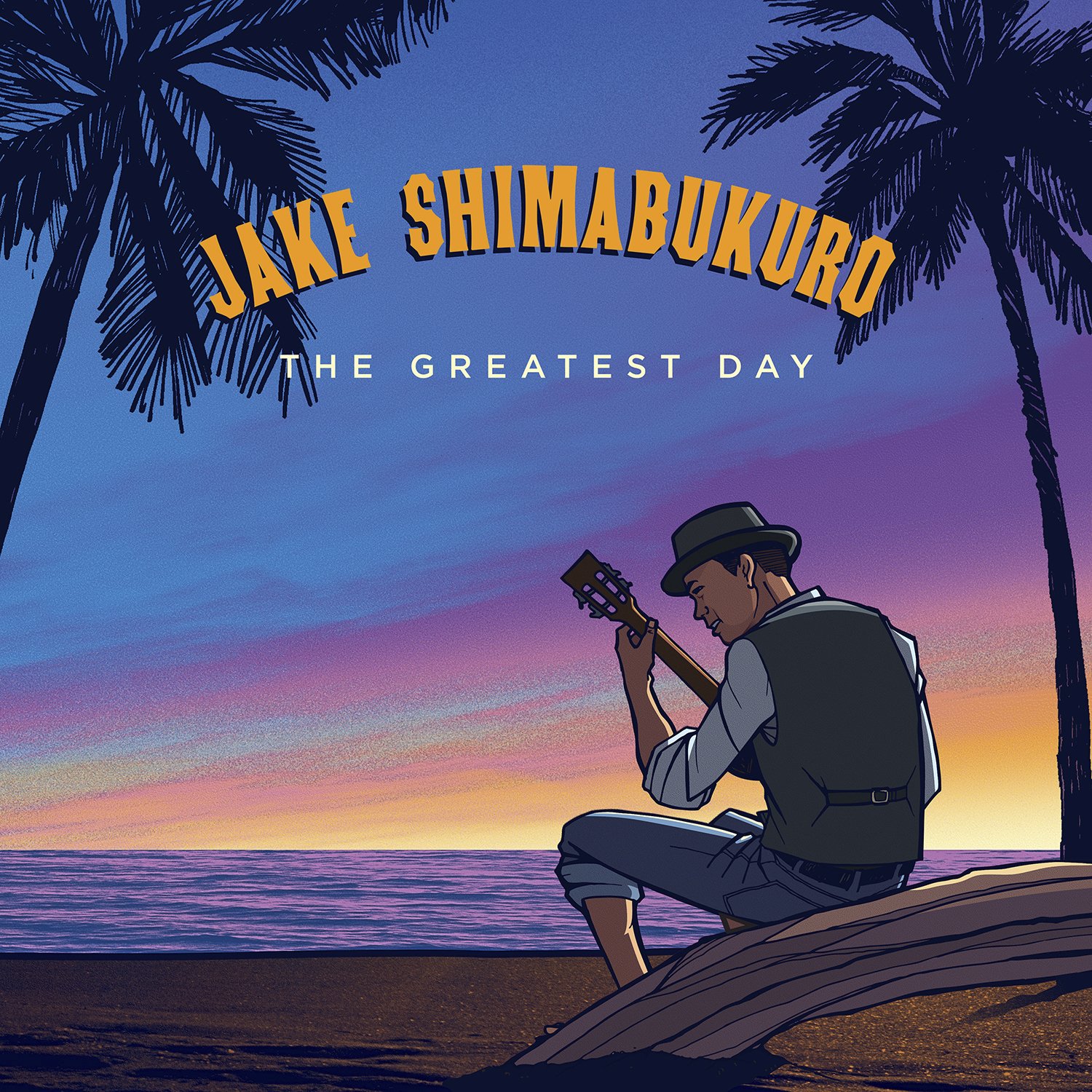 Ukulele superstar Jake Shimabukuro, one of the most exceptional and innovative ukulele players in the history of the instrument, will release his newest record, The Greatest Day, on August 31, 2018 via Mailboat Records.

“On the last record, it was pretty much the sound of a live trio, which sounded fresh, raw and organic,” says Shimabukuro. “Now we’ve expanded to a quartet, which has added more colors and variety to the overall production. Once we recorded the live takes, we experimented with overdubs, and added horns, strings and keys, and other funky sounds. There are even some vocals on a few cuts.”

The 12 studio tracks that comprise The Greatest Day feature some of Shimabukuro’s most imaginative and adventuresome playing yet. Half of the album is devoted to originals, on which the instrumentalist reaches new heights of compositional distinction. And on the covers, Shimabukuro’s prodigious skills allow him to transcend his material – no mean feat considering some of the classics and standards he’s tackling.