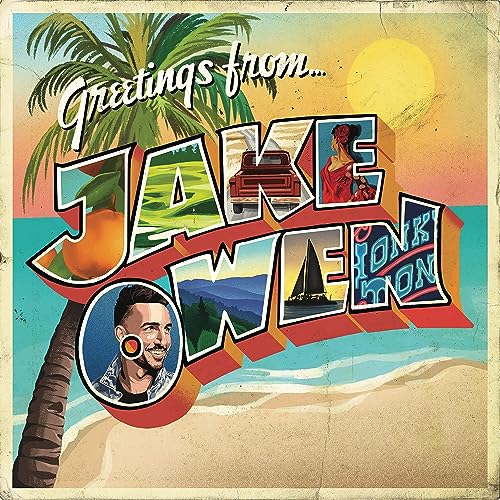 Jake Owen announced today (Feb. 28) that he will release his next full-length album, Greetings From…Jake, on March 29 on Big Loud Records. The ACM-nominated single, “Down To The Honkytonk,” and Owen’s seventh career No. 1 “I Was Jack (You Were Diane)” will be featured on the album. Owen’s first full-length project with Big Loud is produced by Joey Moi.

The album’s cover art was inspired by postcards from Owen’s childhood and his Floridian roots, with a nod to Owen’s new label home and a welcome invitation for fans to join him on this next chapter musically and in all areas of his life.