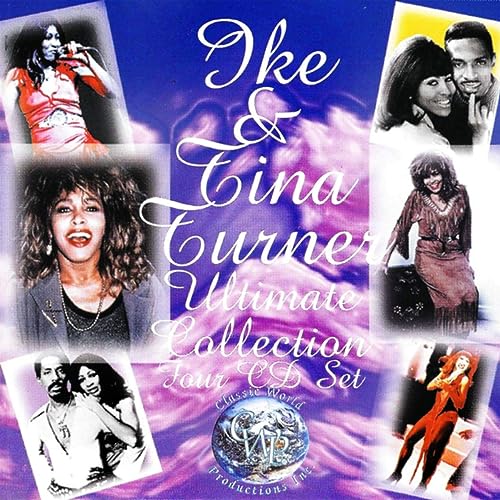 As husband and wife, Ike & Tina Turner headed up one of the most potent live acts on the R&B circuit during the ’60s and early ’70s. Guitarist and bandleader Ike kept his ensemble tight and well-drilled while throwing in his own distinctively twangy plucking; lead vocalist Tina was a ferocious whirlwind of power and energy, a raw sexual dynamo who was impossible to contain when she hit the stage, leading some critics to call her the first female singer to embody the true spirit of rock & roll. In their prime, the Ike & Tina Turner Revue specialized in a hard-driving, funked-up hybrid of soul and rock that, in its best moments, rose to a visceral frenzy that few R&B acts of any era could hope to match. Effusively praised by white rock luminaries like the Rolling Stones and Janis Joplin, Tina was unquestionably the star of the show, with a hugely powerful, raspy voice that ranks among the all-time soul greats. For all their concert presence, the Turners sometimes had problems translating their strong points to record; they cut singles for an endless succession of large and small independent labels throughout their career, and suffered from a shortage of the strong original material that artists with more stable homes (Motown, Atlantic, Stax, etc.) often enjoyed. The couple’s well-documented marital difficulties (a mild way of describing Ike’s violent, drug-fueled cruelty) eventually dissolved their partnership in the mid-’70s. Tina, of course, went on to become an icon and a symbol of survival after the resurgence of her solo career in the ’80s, but it was the years she spent with Ike that made the purely musical part of her legend.