Posted by Green on September 2, 2020
in folk-rock
as Ian Skelly 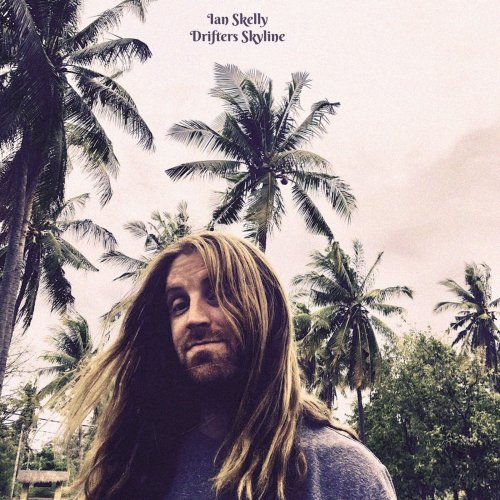 Working for only the second time as a solo artist, The Coral’s drummer and occasional co-conspirator in Serpent Power headed out to Berlin in 2019 with a tailwind of creativity guiding him. An easy – going, collaborative atmosphere in the company of producer and guitarist/friend, Paul McKinnell, with Paul Pilot on mixing and recording duties, helped twelve new songs to flow effortlessly to tape in just one, happy week in the German capital.

Calling on the Jokerman to provide help on a day of despair, the single reveals a fissure of vulnerability and reflection on an album otherwise written specifically for the purposes of joy and escape. Written during a period Skelly associates with personal loss, he determinedly set out to craft a breezy, sonic antidote to what he was going through. Hitting on the formula to leave painful realities at the door, songs like Jokerman and the album’s first single, Captain Caveman , offered ample escape through their airy abandon and blurred lyrical outlines.

Skelly says: “To me, pouring your sad heart out on a song is self-indulgent. When I am feeling down, I just put on T-Rex really loud and escape. I couldn’t write any sad songs when I was working on ‘Drifters Skyline’, it just had to be upbeat. Friends and family really liked ‘Jokerman’ from the start, so it seemed a good vibe. Then, when we recorded it, the entire process turned out to be great fun. It felt exciting. What should have been work in the studio turned out to be a jolly.”