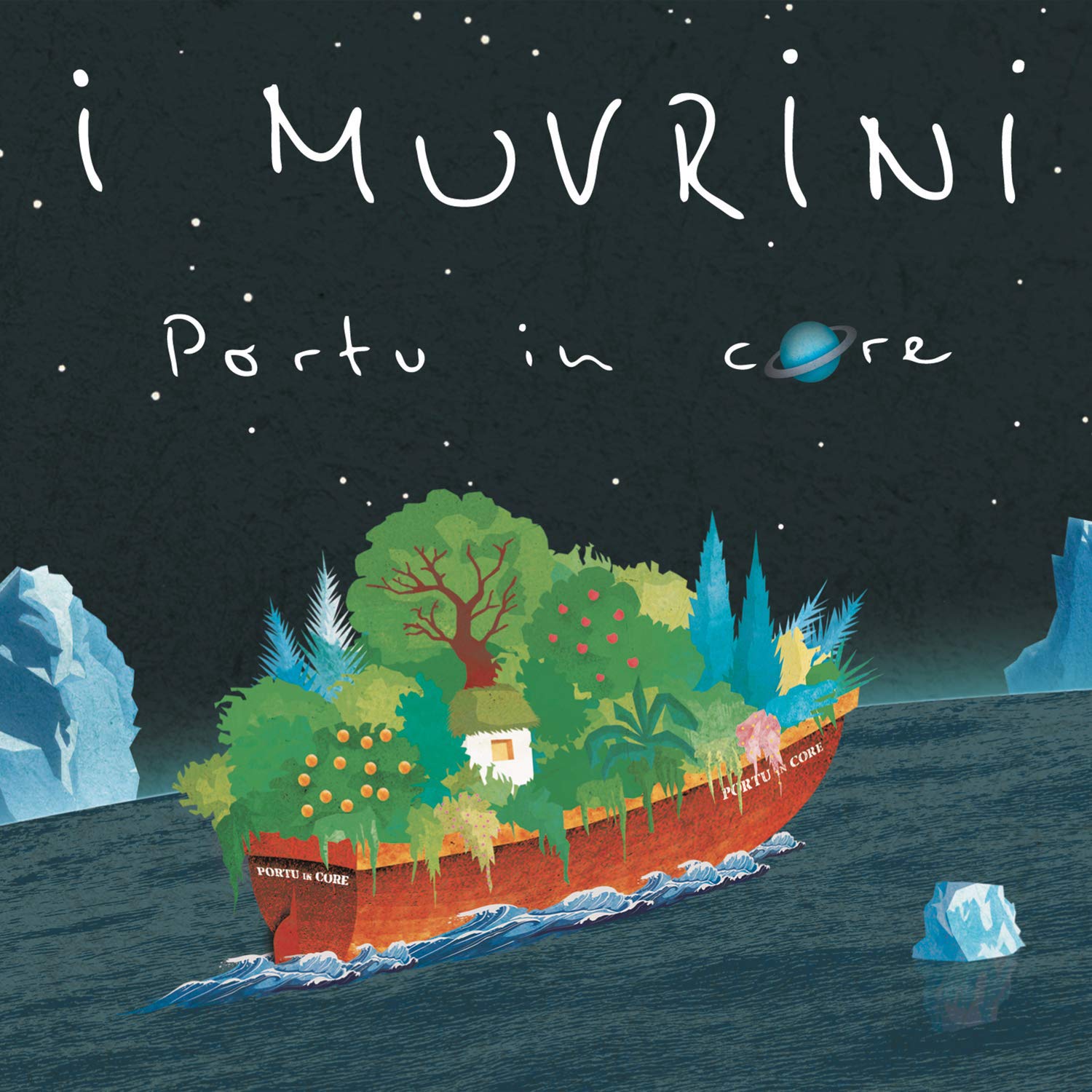 If there is one thing that strikes with the cover of the new I MUVRINI record, Portu in Core (“home port”), it is the care brought, the childish tone that we had already seen on Pianetta (2016) but much better. The artwork of William Bouzik is also found generously through the booklet, which includes only one picture and the whole group for once, colored in the same tones. As first contact, it’s nice!

And then, it comes the moment when we return the disc and we see that there are seventeen pieces …

Of course, there is a desire to challenge, to address the many, and nothing else that ecology does better now. Whether one adheres or not, one does not turn away but prefers to act discreetly (in the case of your servant), so it is. That’s why listening to “En 2043” lament for the climate in a spirit r’n’b, except soaring rock in the end, can not leave indifferent: almost all in the language of Molière, she will very easily “talk” but not necessarily in a positive sense.

Most of Jean-François Bernardini’s words in French, sometimes limited to a chorus, do not enhance the quality of the songs here, on the contrary. “Guarda u celu” would, like so many other recent, be better appreciated in Corsica simply, especially since in the end, the chorus returns to us in English, Spanish and German. If it does not seem obligatory, the change is not always wrong as for “Erein eta joan (I sow and I’m leaving)” in 2002, which the title track “Portu in core” looks pretty. The sunny side, Caribbean sounds, the Hammond organ and Loïc Taillebrest’s flutes all contribute to its beautiful color.