Posted by Green on March 7, 2020
in blues
as Huddie Ledbetter 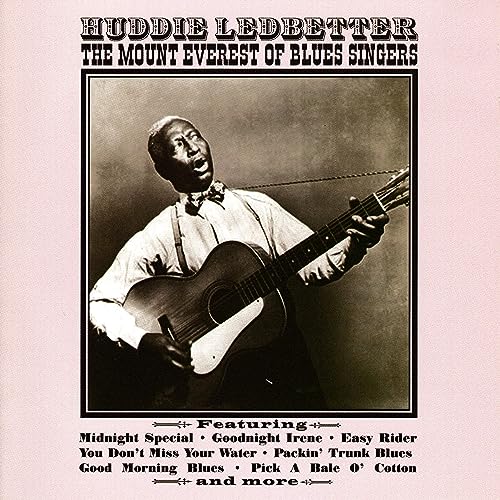 Offering a quite a few more songs than other budget-priced compilations, Mount Everest of Blues Singers serves up thirty tracks worth of folk, blues, and prison tunes both traditional and penned by Leadbelly himself. Released on Rev-Ola Records, this collection features thirteen selections from the artist’s 1941 RCA recordings, including essential hits like “Midnight Special”, “Alabama Bound”, “Goodnight, Irene”, and “Easy Rider”. While the album offers a pretty good introduction to Leadbelly’s later recordings, those looking for a larger sampling of the artist’s earlier works (such his 1933 Library of Congress recordings) might have to pack up and look for another compilation. Other than that, Mount Everest serves as a decent starting point for those unfamiliar with this influential folk singer.