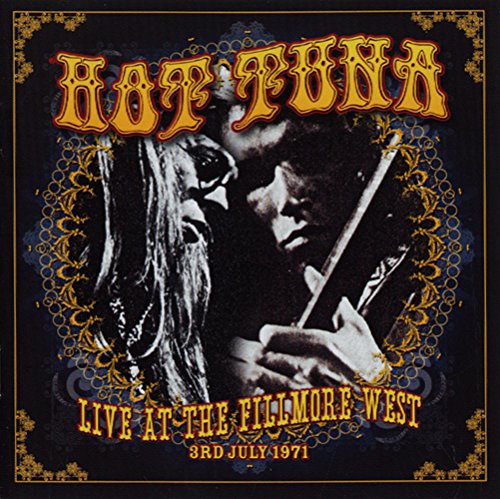 Three months after Hot Tuna released 1971’s live First Pull Up, Then Pull Down, they played the second to last night of the Fillmore West’s closing weekend. Bill Graham had put together a week of festivities, and each night showcased a spectacular triple bill. (For example, the night before had seen the Rowan Brothers, New Riders of the Purple Sage, and the Grateful Dead.) On the second to last night, Hot Tuna took the stage between Yogi Phlegm (a few members of Sons of Champlin) and Quicksilver Messenger Service. What’s captured here is their entire, nearly-two-hour set. The lineup — Jorma Kaukonen, Jack Casady, Papa John Creach, and Sammy Piazza — is arguably the band’s greatest. The quality of this show is simply indisputable. It’s inspired, kinetic, and showcases just how integral the language of improvisation was to their approach in playing classic blues. Most of the material is taken from the group’s first two albums. Highlights are hard to choose given the startling intensity of the proceedings. Disc one features the original “New Song for Morning,” which has Casady’s bass out front with Creach swirling around him. There’s a nearly martial reading of “Keep Your Lamps Trimmed and Burning,” a strutting “Rock Me Baby” — different from virtually every other cover of the song ever recorded — and a spiraling, eight-minute take on the folk song “I Know You Rider,” that, from a rock perspective, puts the Dead’s version to shame. Disc two contains a brief version of “Been So Long,” followed by a long, steamy “Come Back Baby,” and an explosive, nearly 22-minute jam on “Feel So Good.” Piazza’s fills ride atop and through Casady’s bass throb as Kaukonen and Creach play at and to one another in a prolific boogie that showcases a nearly telepathic interplay. The sound is better than fair, but far from perfect. It is raw and unbalanced, but adds an immediacy to the vibe that makes this nearly indispensable for fans.