Posted by Green on July 6, 2019
in folk-rock
as Heather Findlay 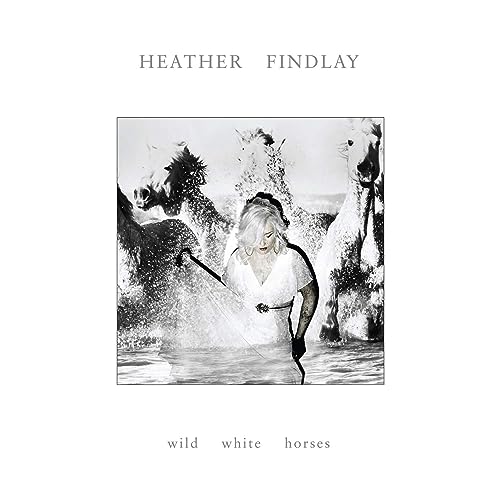 Recorded at the legendary Rockfield Studios in Wales and produced by Luke Morley of Thunder, who also co-writes some tracks with Heather, Wild White Horses is eclectic, fresh and innovative in its blend of originality, which breaks new ground for Heather with nods to so far unexplored musical territories, such as americana and even pays homage in places to Heather s spiritual love of India. Even with its occasional adventuring of paths untrodden, the album echoes with a bounty of delving into the depths of the music Heather has always loved. Flashes of diverse influence from Heart, Led Zeppelin, Fleetwood Mac and Queen, to Emmylou Harris and Neil Young, to George Harrison and Kate Bush, seamlessly shimmer in and out of the cleverly cohesive sonic tapestry produced, threaded with signature strong melody, thoughtful lyrics and jewelled with that rich, warm, soulful voice, makes Wild White Horses nothing less than unmistakably, Heather Findlay. The album features an upbeat duet with Thunder s powerhouse vocalist Danny Bowes titled, Just A Woman . The mystical wonder of Troy Donockley of Nightwish and his Uilleann pipes feature on the track titled I Remember and on the track Winner , a guest appearance on flute from non other than the Flute Father Himself, Ian Anderson of Jethro Tull is featured.