Posted by Green on November 3, 2020
in space-rock
as Hawkwind 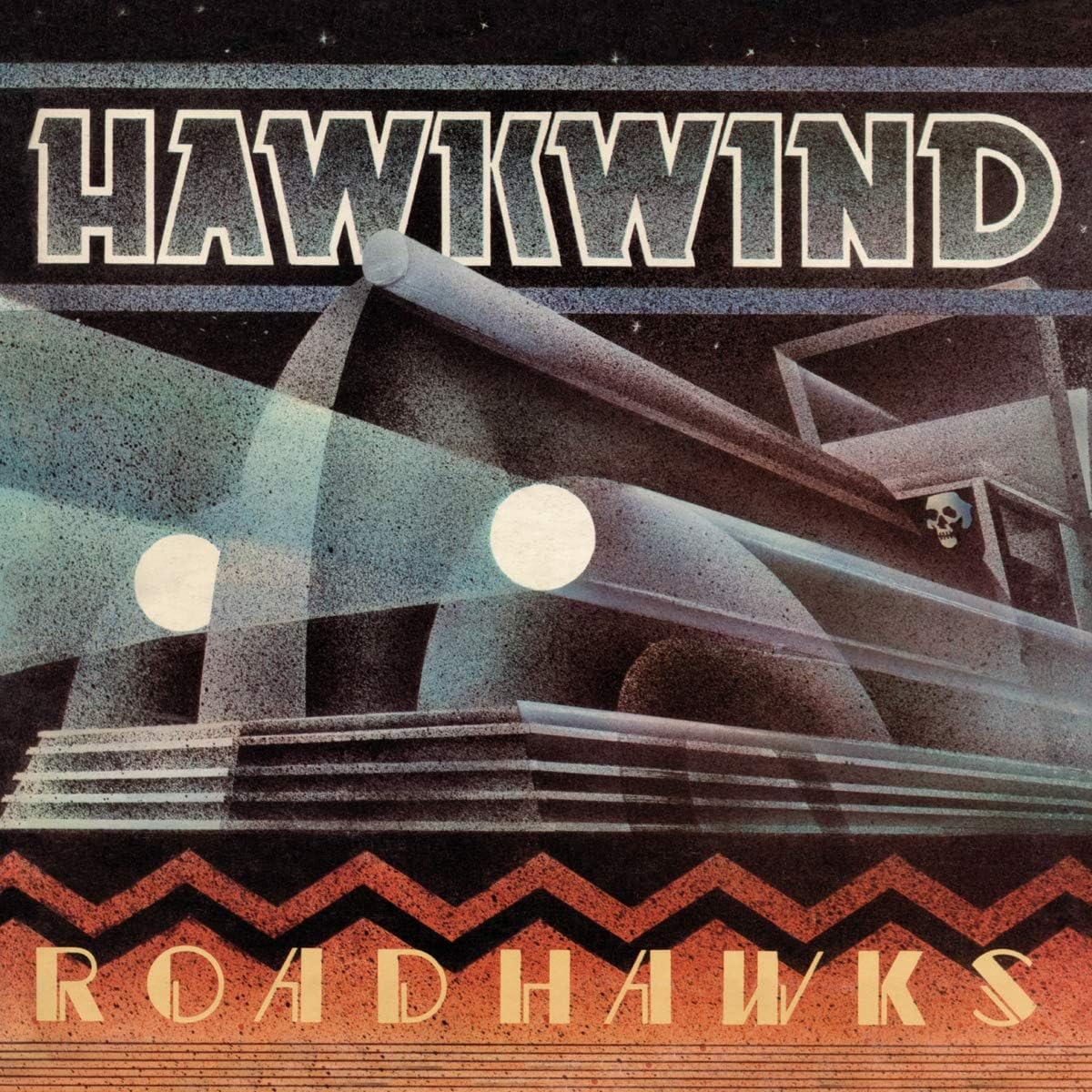 Esoteric Recordings and Atomhenge, the home of the Hawkwind catalogue, are pleased to announce the release of a newly re-mastered edition of the classic HAWKWIND compilation Roadhawks. Originally released in 1976, the album brought to a close the first era of this legendary band, gathering together highlights from the band’s first five albums and featuring the classic singles Silver Machine and Urban Guerilla.

The significant factor in the creation of Roadhawks was the remixing and editing of some tracks by DAVE BROCK and the inclusion of a previously unreleased live version of You Shouldn’t Do That. Housed in a striking sleeve inspired by a Barney Bubbles image, Roadhawks was an indispensable album in Hawkwind’s discography of the 1970s.

Long deleted and never released on CD, Roadhawks finally makes its official debut on Atomhenge. The reissue has been re-mastered from the original United Artists master tapes, fully restores the album artwork and includes a replica Roadhawks poster originally included with the first pressing of the album.