Posted by Green on October 20, 2020
in progressive rock, space-rock
as Hawkwind Light Orchestra 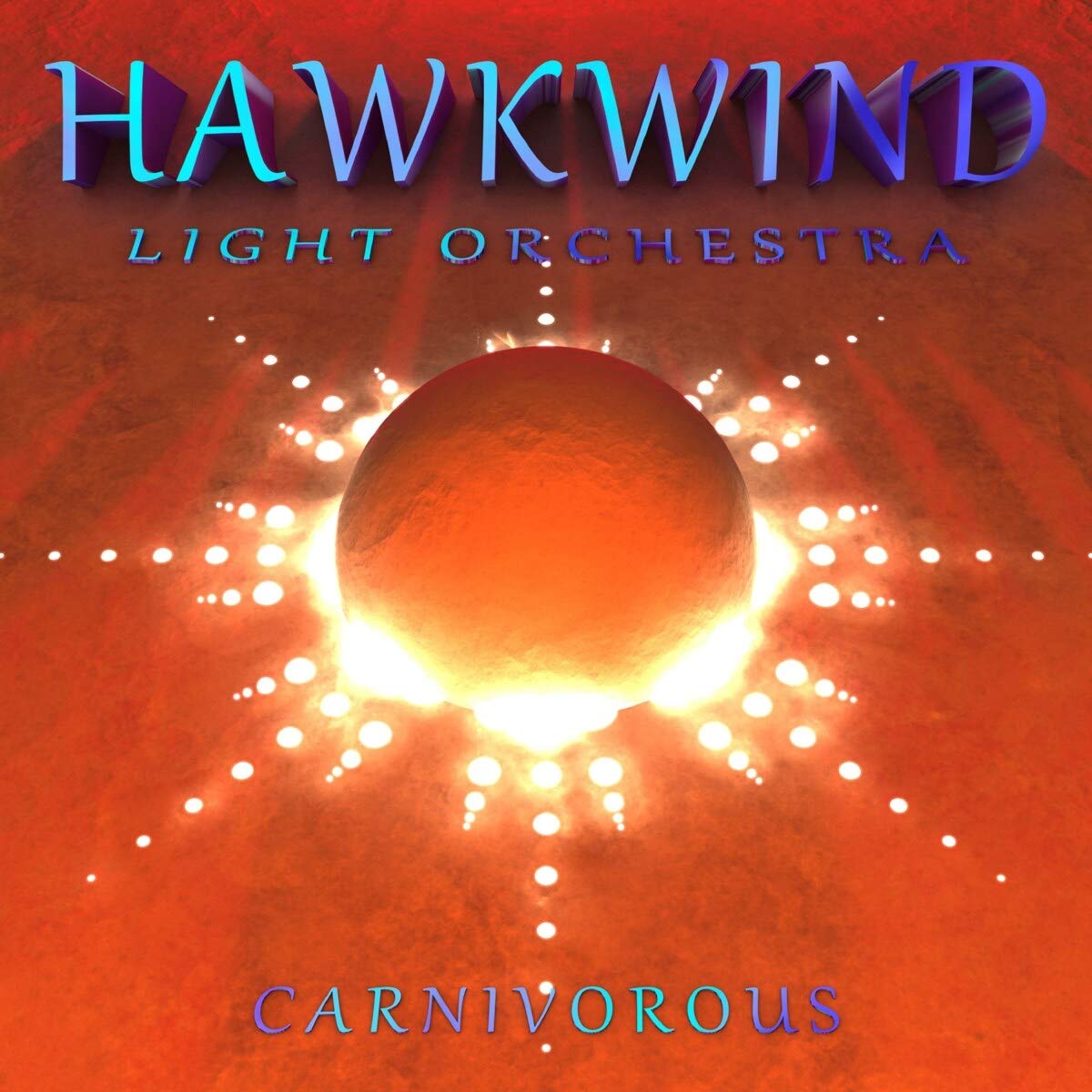 Carnivorous (an anagram of Coronavirus), which follows Hawkwind’s critically acclaimed 2019 album All Aboard The Skylark and effortlessly resumes the space rock voyage embarked upon by the full band. The album was recorded entirely in lockdown during the coronavirus pandemic, having started life as a solo project by Dave Brock during the winter of 2019, with contributions added by the band in January and February, before the lockdown began. Musically the stalwart trio of Dave Brock (vocals, lead guitar, keyboards and synths), Richard Chadwick (drums) and Magnus Martin (guitar, vocal and keyboards) have created a tight, futuristic but classic sounding record that emphasizes Dave’s exemplary songwriting. Carnivorous is an album that by design had to be recorded without a full complement of Hawkwind members in their usual style. However, it is a testament to the contributing members’ proficiency to end up with an album that bears all the hallmarks of classic Hawkwind while recorded under such testing circumstances.