Posted by Green on May 13, 2021
in americana, folk
as Great Lake Swimmers 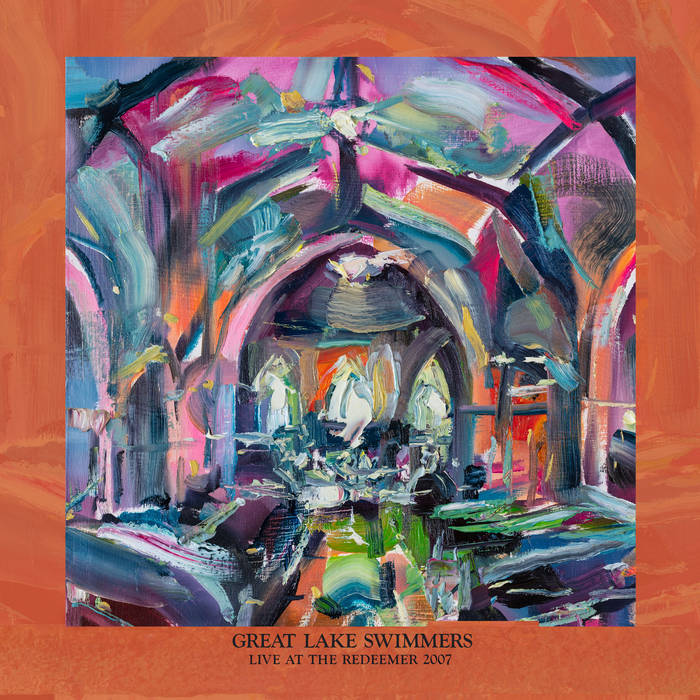 Great Lake Swimmers will release the recording of their performance at Toronto’s Church Of The Redeemer on vinyl and digital platforms via (weewerk) Records. The concert capped off the band’s Canadian spring tour of 2007, just days before the group continued on to embark on a full European tour to support the newly released album Ongiara. It was recorded for CBC Radio broadcast by producer and engineer Ron Skinner, with live sound mixed by Andy Magoffin, who also re-mixed and mastered the recording for this release. The album is notable not only for the grand acoustics of the church, but for the raw first impressions of songs that would become fan favourites, as well as notable guest appearances by Basia Bulat (backing vocals), Owen Pallett (violin), and Bob Egan (pedal steel) in addition to the band’s core lineup. The live set is comprised of songs from the first three Great Lake Swimmers albums; Self-titled (2003), Bodies And Minds (2005), and Ongiara (2007). Live At The Redeemer 2007 will be available on Bandcamp beginning May 7.

Today, audiences can listen to “Your Rocky Spine” from the album. “This version of ‘Your Rocky Spine’ is especially poignant because it was the first time it was played in front of a Toronto audience,” says songwriter Tony Dekker. “It features a guest appearance on backing vocals by Basia Bulat, and would go on to become one of our most well-known songs. As the first song on the album, it was also placed first in the set list, and opened the concert, which took place in the acoustically stunning Church Of The Redeemer.”