Posted by Green on November 19, 2020
in alternative
as Grandaddy 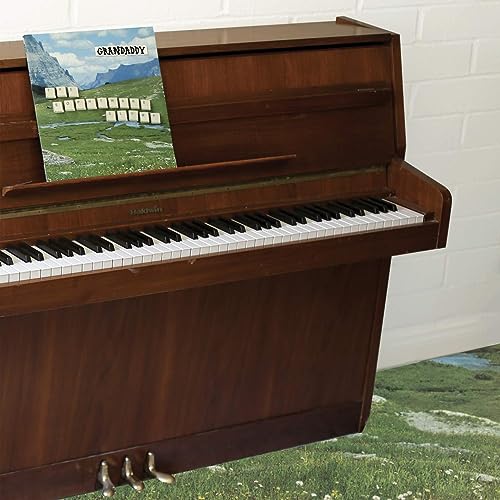 The 2020 solo piano and vocal version of Grandaddy’s classic 2000 album The Sophtware Slump.Full bio for this release:Jason Lytle set up a new plan when he decided to re-record the songs from Grandaddy’s “The Sophtware Slump.” Twenty years ago he made this ageless record while red-eyed and running around a sweltering slipshod home studio in his boxers using some gear he planned to return to Best Buy as soon as he was done. For this new, piano-centric “The Sophtware Slump,” Lytle traveled around Los Angeles, sourcing studios and pianos like a master chef selects foods from a farmer’s market. He identified three instruments and three studios that would suffice. Everything was in place.As with many best-laid plans, his were scuttled. In this case by a pandemic.So two decades after making a DIY masterpiece, Lytle found himself recording those songs again, sweating in his apartment again, trying to create a controlled environment while surrounded by chaos.”I wrote a list of things I had to work around here,” he says. “Traffic. Pretty strong from 8-10, commute times. Then 2 to 5. Helicopters, garbage trucks, weed whackers, lawnmowers, leaf blowers, motorcycles that inevitably always drive by during the middle of a take, sports cars, lots of fancy luxury sedans with no mufflers, parrots.”Parrots.So unlike the old days where the coming and going of birds could be electronically punched in, Lytle 20 years after “The Sophtware Slump” found live birds willing to contribute to his album, and at no cost.He laughs at the challenge of reinventing the album. Twenty years bought him no new comforts.”Because of the pandemic, all of the sudden, I was looking at a real deadline to make the damn thing,” he says. “Here we go, just like the old days. If you want something done right, you gotta do it yourself.”Not that much has changed.”Yet many things have changed since Grandaddy issued “The Sophtware Slump” in May 2000.