Posted by Green on November 30, 2018
in alternative rock
as GospelbeacH 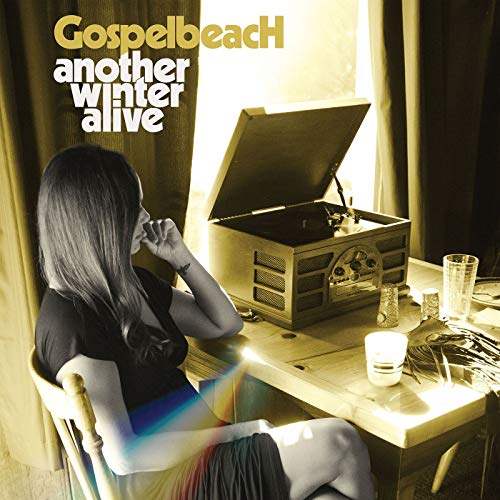 Another Summer of Love was a laid-back and organic take on early-’80s Tom Petty & the Heartbreakers that had an extra layer of energy and songcraft that was missing from their Grateful Dead-obsessed debut record. Under the guidance of Beachwood Sparks’ Brent Rademaker and a crew of like-minded folks, the album was concise and focused guitar pop with all the harmonies and jangle of Petty at his best. It was good enough and true enough to that warm West Coast-meets-Heartland sound that it seemed a shame to have only been 11 songs long. Luckily, the sessions did produce a few more songs and 2018’s Another Winter Alive gathers them up. The five songs here were left off the album, but surely only for time limits, as they are all strong enough to have made the cut. The rambling, bongo-heavy take on friend-of-the-band Neal Casal’s “Freeway to the Canyon” is sweet and relaxed, “Down South” is a weirdly psychedelic country ballad that Rademaker could have saved for his other band, “Change of Heart” is a streamlined, radio ready Petty-styled rocker, and “Dreamin’” is a lovely, midtempo track that would have been the emotional core of Another Summer of Love if it had been included. The fifth track, “Runnin’ Blind,” was on the album but is featured here with a different mix. The second side of Another Winter Alive is made up of five songs taken from a live, semi-acoustic show recorded in London. It’s a loose set, with no drummer to keep them in time and Rademaker’s vocals way out front. The songs are from both albums, and it’s nice to hear them in a stripped-down state with the occasional ripping guitar solo (as on “In the Desert”).

It’s easy to look at an album of odds and sods like Another Winter Alive and think it’s a non-essential addition to their catalog, born of the label’s desire to make a few more bucks off the band. That’s truly not the case here; the first side is GospelbeacH at their best and the flip is, while admittedly not vital, still a lot of fun. Certainly anyone who liked the first two albums, and especially Another Summer of Love, needs to seriously consider adding this set to their collection.