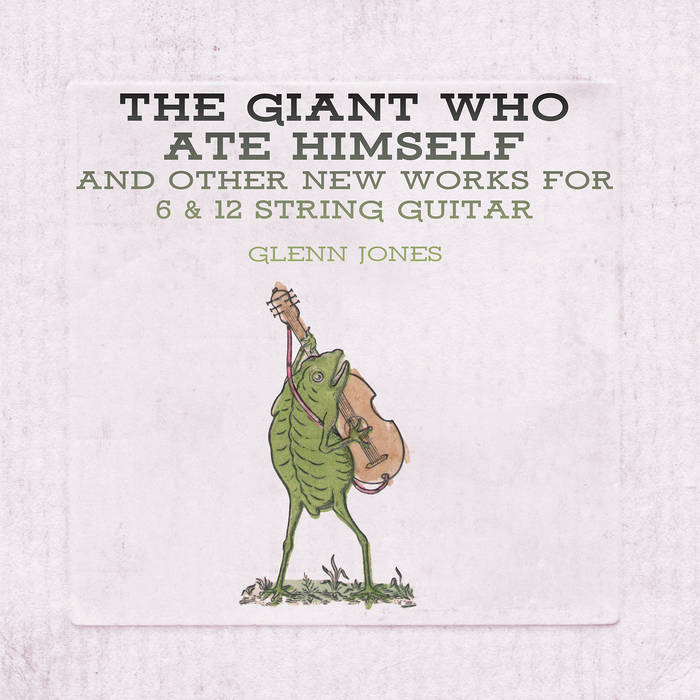 Glenn Jones is an instrumentalist of unparalleled skill and creativity. As a masterful raconteur Jones’ guitar work is both complex and sublime, intricate and emotional. His deep knowledge of the world of American Primitive music and his abilities on the fretboard have made Jones a pillar in his community. With each album Jones chronicles his experience, looking to the past or capturing the present with limber melodies that potently communicate the underlying emotions of the songs. Jones’ flair for storytelling shines in a live setting where origin stories are quite often the song’s introduction. It not only makes for an exceptional evening of listening, but one that draws on the deep traditions of country blues. The Giant Who Ate Himself and Other New Works for 6 & 12 String Guitar is Glenn Jones at his most vivid, exploring memories old and new through beautifully woven threads of melody.

The Giant Who Ate Himself stands as a testament to Glenn Jones’ considerable powers to paint portraits with sound. The album’s title is itself is an homage for Jones’ mentor John Fahey, whose friendship with Jones spanned 25 years. By giving glimpses of the colorful personalities who have affected him, Jones’ The Giant Who Ate Himself in turn shows us who he is: a master of his craft, continuing to reach for more.