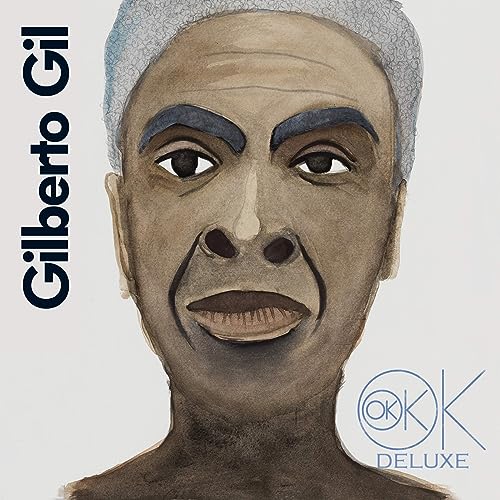 It didn’t look well for Gilberto Gil, but he recovered. In 2016 the world-famous musician was hospitalized four times after being diagnosed with cardio-renal failure. Recovering took two years. During that period Gilberto Gil (1942, Salvador de Bahia) started to compose again; writing about the people who are close to him and about those who helped him survive. It’s Gil’s first studio recorded album since Gilberto’s Samba (2014), and you can immediately rank it under his best albums. It recalls his good old days with those typical Gilberto Gil compositions that keep on singing in your head. The voice has calmed down and sounds just great; still 100pct recognizable.

The album starts a bit misleading, in style and in subject. The title song, “OK OK OK,” is the only political inspired song on the album. It’s the political career Gil once lived that awakened questions by his fans for Gil’s opinion about the (current) situation in Brazil. The rest of the repertoire features bossa, samba and catchy pop songs, each with a dedication to those who are important in his life. Let’s find a few of them.

“Na Real” is dedicated to Flora Gil, Gil’s wife since 1981. In the backing vocals we hear Gil’s kids from earlier marriages, Preta Gil (1974), Nara Gil (1966) and his grandson Francisco Gil (1995, son of Preta Gil). We’re on track now for a sort of “who’s who” of the Gil family. Songs written for his grandchildren (“Sereno” and “Tartaruguê,” for the sons Sereno and Dom of Gil’s son Bem Gil) and for his great-granddaughter “Sol de Maria.”