Posted by Green on March 31, 2021
in americana
as Gabriel Minnikin 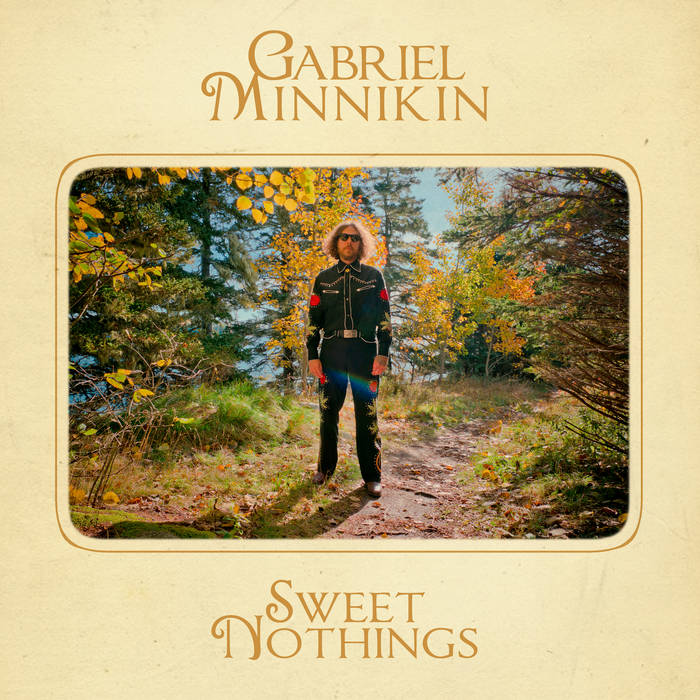 Canadian singer-songwriter and multi-instrumentalist Gabriel Minnikin has, for his fifth release, created a big sound. Minnikin has surrounded himself with, deep breath, four band members, no less than five female vocalists, including sister Ruth, plus Jeffery Mosher and Jody Lyne from The Mellotones who, along with Robbie Crowell & David Christensen, bring their brass and woodwind skills to the party.

So, with a grand total of 13 musicians and vocalists to add to Minnikin’s distinctive warble it is no surprise that the resulting album ‘Sweet Nothings’ is a big, bold statement from the start.