Posted by Green on March 31, 2021
in progressive rock
as Frank Zappa 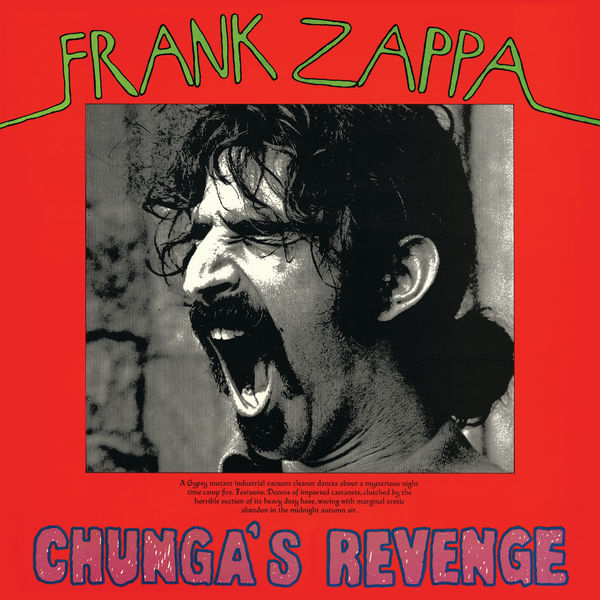 Chunga’s Revenge marks the debut of Mark Volman and Howard Kaylan (among several other musicians) with the Mothers, and while their schtick has not reached the graphic proportions it later would, the thematic obsessions of the 200 Motels period are foreshadowed on tracks like “Road Ladies” and “Would You Go All the Way?” Other vocal numbers include the hard-rocking “Tell Me You Love Me,” the musicians’ union satire “Rudy Wants to Buy Yez a Drink,” and the doo wop-influenced “Sharleena.” Meanwhile, Frank Zappa’s strong instrumental music incorporates Eastern European influences (“Transylvania Boogie”), cocktail jazz (“Twenty Small Cigars”), and the percussion-only “The Clap.” Zappa’s guitar tone is wonderfully biting and nasty throughout; George Duke provides another musical highlight by scat-singing a “drum solo.” But while there are plenty of fine moments, Chunga’s Revenge is in the end more of a hodgepodge transitional album, with less coherence than Zappa’s other 1969-1970 works. Still, it will appeal to fans of that creatively fertile period in Zappa’s oeuvre.