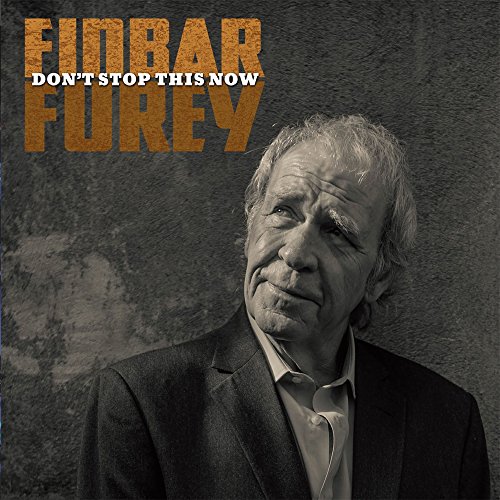 Irish folk legend Finbar Furey has announced the UK release of his new album ‘Don’t Stop This Now’ as March 30th 2018 on BMG UK. The album was originally released in Ireland as ‘Paddy Dear’, and has been repackaged for the UK to include new tracks and a DVD live concert filmed at Vicar St, Dublin in May 2017, where Finbar performs classic hits such as ‘When You Were Sweet Sixteen’, ‘The Lonesome Boatman’ and ‘The Green Fields of France’.

Multi-instrumentalist, composer, songwriter, storyteller and actor, Finbar is celebrated around the world as one of the great folk icons, Finbar’s playing was recognised by John Peel when in 1972, he and his brother Eddie were awarded Single of The Year for the original sound of the pipes and the whistles. At the forefront of musical change, Finbar’s successful career and extensive touring introduced a whole new audience to his music and instruments, and he advocated for changes to allow pipes to become more accessible to young musicians.

Finbar is a supreme storyteller and the songs, which are close to his heart, were inspired byhis love of his native Ireland. New songs featuring on the UK release include the title track ‘Don’t Stop This Now’, ‘Annabelle’, a track written by Finbar in 1994, “Old Annabelle was a friend of my mothers. I’d often be with them as they’d share a bar of chocolate sitting on the
roadside in Dublin in the 50s”, the eastern groove sounding ‘Co-Exist,’ and bluesy number ‘Hail, Rain Or Snow’. In ‘Sweet Liberty of Life’ Finbar sings about freedom and peace, “Liberty, life and freedom are words that capture the true spirit of humankind in every imaginable way – even in today’s global and tangled democracies”. ‘We Built a Home’ is the tragic story of a Famine family, and ‘I Remember You Singing This Song Ma’ is a classic Finbar love song.

Finbar wrote all the songs on the album, apart from one; the traditional Irish folk song ‘The Galway Shawl’. On ‘The Taxi’s Waiting’ and ‘Hail Rain Or Snow’ his daughter Áine, who he clearly loves singing with, joins him on vocals. A versatile and multi-talented artist, Finbar also plays pipes, whistles, banjo and guitar. The album is co-produced with Peter Eades.
‘Don’t Stop This Now’ follows on from his successful albums, The Slender Promise 2015, an instrumental CD of pipes & flute, and 2013’s ‘Colours’ which reached Number 1 in Ireland with the beautiful ‘Last Great Love Song’. In 2014 Finbar was honoured by the City of Dublin, Lord Mayor Christy Burke praising him for “Bringing life and laughter to many
homes in Ireland”.