Posted by Green on November 4, 2020
in blues-rock, psychedelic
as Eric Burdon & The Animals 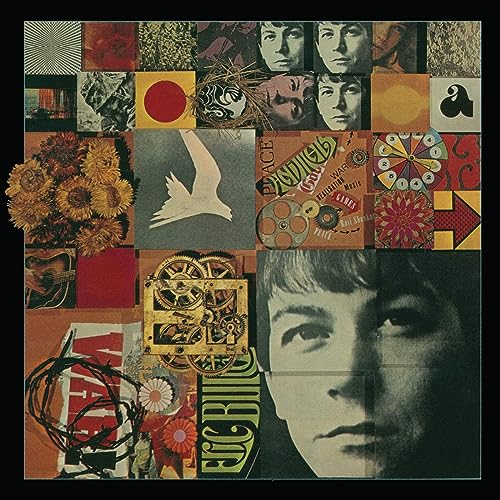 The mix of topical songs, surreal antiwar anthems, and diffuse psychedelic mood pieces on The Twain Shall Meet is extremely ambitious, and while much of the group’s reach exceeds its grasp, it’s all worth a trip through as a fascinating period piece. In fact, the mood pieces predominate, mostly underwritten and under-rehearsed, and recorded without the studio time needed to make them work. “Just the Thought” and “Closer to the Truth” are dull and unfocused, even as psychedelia, while “No Self Pity” and “We Love You Lil” are above average musical representations of mind-altered states. “We Love You Lil” opens with a clever play on the old popular tune “Lili Marlene” that leads to an extended guitar jam and ethereal backing that rather recalls the early work of Focus, among other progressive rock acts. “All Is One” is probably unique in the history of pop music as a psychedelic piece, mixing bagpipes, sitar, oboes, horns, flutes, and a fairly idiotic lyric, all within the framework of a piece that picks up its tempo like the dance music from Zorba the Greek while mimicking the Spencer Davis Group’s “Gimme Some Lovin’.” On the more accessible side are “Monterey,” a distant precursor to Joni Mitchell’s more widely heard post-festival anthem “Woodstock,” with some clever musical allusions and a great beat, plus lots of enthusiasm; and the shattering “Sky Pilot,” one of the grimmest and most startling antiwar songs of the late ’60s, with a killer guitar break by Vic Briggs that’s marred only by the sound of the plane crash in the middle.