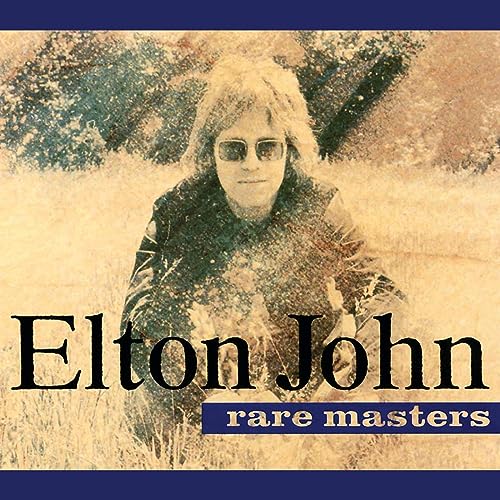 At the time Rare Masters was released in 1992, most of the selections on this 37-track double-disc compilation were indeed rare. They were issued on non-LP singles, B-sides, the Friends soundtrack, one-offs; some were buried on album tracks, and some even stayed in the vault. Since then, Elton John’s catalog has been remastered and reissued, with much of the best of this material appearing as bonus tracks, but the album still was worthwhile, since it not only has some songs that never appeared elsewhere on disc (such as “Step Into Christmas”‘ B-side, “(Ho Ho Ho) Who’d Be a Turkey at Christmas”), but it also is a hell of a listen in its own right, showcasing great songs and forgotten gems from John’s prime period. There aren’t too many hits here, but the quality is startlingly high and consistent, showcasing John and Taupin’s partnership at its peak — though they might not have hit the charts, “Bad Side of the Moon,” “Rock & Roll Madonna,” “Into the Old Man’s Shoes,” “Whenever You’re Ready (We’ll Go Steady Again),” “Screw You (Young Man’s Blues),” and the radio staple “Madman Across the Water,” plus “Grey Seal” (later re-recorded for Goodbye Yellow Brick Road) are among the finest songs of the era, and they’re the linchpins on a rarities collection, not a proper album. It doesn’t quite keep that same high level throughout, largely due to the pleasant but forgettable instrumentals from Friends, but it’s still an essential part of any Elton John collection.