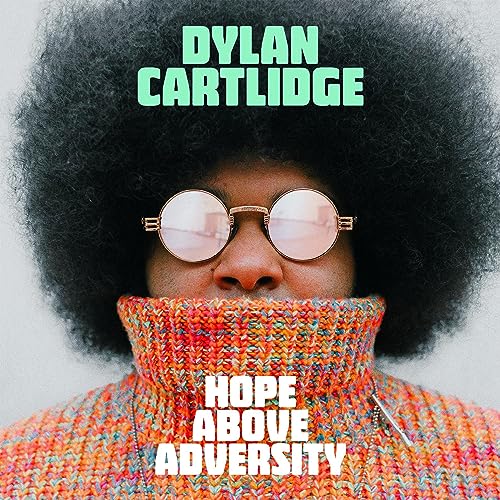 ‘Hope Above Adversity’, Dylan’s debut album is an ode to embracing individuality and defying the odds which are associated with his turbulent upbringing. As a survivor of childhood trauma and abuse, and being raised in the care system, Dylan understands what it feels like to be isolated and on a quest for a more hopeful narrative and his new album is a bright and uplifting broadcast of his message of hope above adversity for all – whether that may be struggling with mental health or feeling like you don’t quite fit the mould of society’s expectations.

With the album having being created during the COVID-19 lockdown following Dylan being forced to shield at home in Middlesbrough, the isolation period offered him fresh perspective on his creativity as well as an opportunity to work on his latest music with cutting edge and boundary pushing new collaborators including Ed Irwin-Singer (Glass Animals), Al Shux (Jay Z, Lana Del Rey, Alicia Keys) and Ivor Novello winning and Grammy nominated Eg White (Adele, Florence + The Machine, Sam Smith).

These opportunities have meant that Dylan’s latest work carries a sound of bold technicolour filled with soul and exultation as it features his signature bluesy, subversive and sometimes scattergun take on underground hip-hop whilst also introducing a new gospel-influenced sound which developed naturally during a period of deep self-reflection in isolation. ‘Hope Above Adversity’ comes from a place of vulnerability for Dylan and is set to deliver a snapshot of who he is right now as he embraces the future whilst drawing from his extraordinary story of overcoming the obstacles of his past.