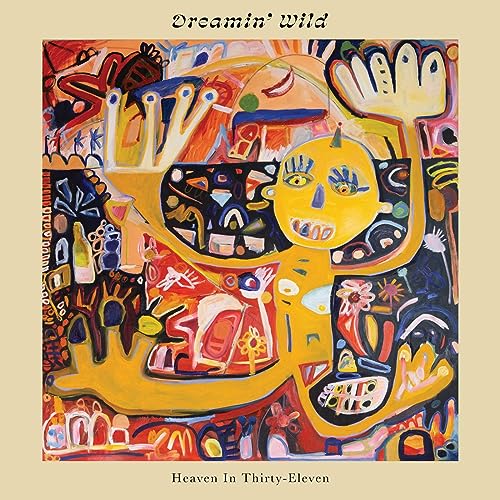 Dreamin’ Wild’s second album Heaven in Thirty Eleven owes a lot to Footscray. The inner-western suburb of Melbourne features not only in the album title  but goes deeper to form a central part of the record’s narrative and reflection.

Jennings adds that the album is, “a bit of a recap of the last three years for Dreamin’ Wild,” drawing attention to the change and growth many of the eight songs have undergone since creation.

“I Don’t Disagree” is an album highlight; an almost seven-minute track that struts along calmly, taking life as it is. Quirk’s soulful refrain soars atop Jennings’ laconic vocals, carrying the song to its end. “Dynon Life” is another album gem, reminiscent of summer in the city, and happy seeking excess.

Heaven in Thirty Eleven is an ode to a Melbourne suburb brimming with culture and stories, made by artists who are proud to call it home.