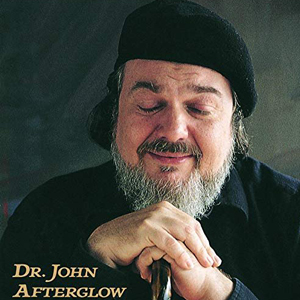 Producer and GRP Records president Tommy LiPuma, a longtime associate of Dr. John’s, revived his old Blue Thumb label as an imprint of GRP/MCA with this album, which served as something of a sequel to the last Dr. John/Tommy LiPuma collaboration, In a Sentimental Mood. On that earlier album, the two had covered pop standards. Here, they again turned to evergreens by the likes of Irving Berlin and Duke Ellington. But if Sentimental Mood was stylistically linked to the ’20s and ’30s, Afterglow was more a recreation of the late ’40s and early ’50s, with its big-band arrangements and the inclusion of jump blues numbers like Louis Jordan’s “I Know What I’ve Got.” Such songs allowed Dr. John plenty of room to play his trademark New Orleans piano solos, and, in the second half of the record, some of the Doctor’s own compositions were snuck in among the classics without disturbing the mood. Of course, the dominant sound remained Dr. John’s gravel-and-honey voice, an even more appropriate instrument for these bluesier standards than it was for the Sentimental ones.