Debbie Davies – Key To Love: A Celebration Of The Music Of John Mayall (2003)

Posted by Green on November 28, 2020
in blues, rock
as Debbie Davies 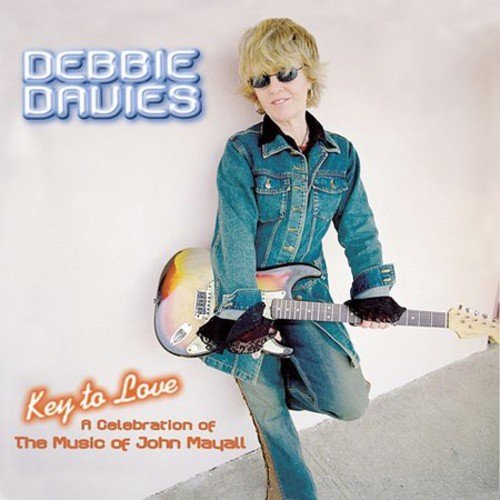 A tribute to British blues master John Mayall by a modern electric American blues performer like Debbie Davies makes perfect sense. For better or (sadly more often) worse, singer and keyboardist Mayall and his succession of lead guitarists led by future UK blues-rock superstars Eric Clapton, Mick Taylor (Rolling Stones) and Peter Green (Fleetwood Mac) have profoundly influenced generations of American blues-rockers far more than homegrown stars like Muddy Waters or Howlin’ Wolf. Debbie Davies’ rather watered-down blues-rock style is a perfect example of Mayall’s influence, and actually, Key To Love turns out to be one of her most enjoyable and genuinely bluesy efforts. Things start promisingly with the sly Mose Allison-like piano shuffle “Light the Fuse,” and both Green and Taylor drop in to provide guest solos; Green’s plangent wails on the organ-driven “Nature’s Disappearing” are probably the best playing on the entire album. In the context of a fine selection of some of Mayall’s best (and, refreshingly, mostly not his best-known) tunes, the two Davies originals, the snide “Takin’ It All to Vegas” and the clichéd “I Just Came To Play,” sound like unnecessary afterthoughts.