Posted by Green on April 6, 2018
in country
as David Lee Murphy 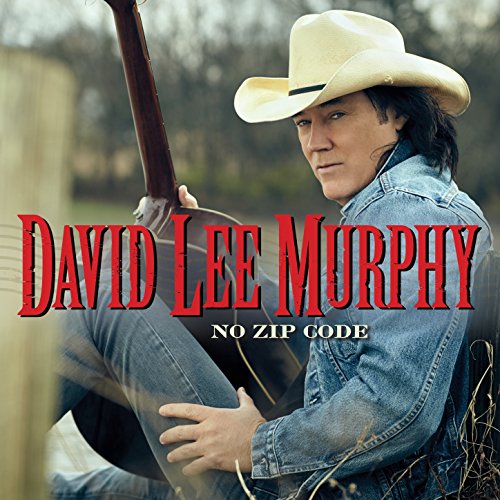 Singer-songwriter David Lee Murphy has announced the release of an upcoming full-length album. No Zip Code is due out on April 6.
Murphy, known for his hit “Dust on the Bottle,” released his freshman album, Out With a Bang, in 1994. Since then he’s been one of Nashville’s most prolific hit-making songwriters, having penned tracks including Kenny Chesney’s “Living in Fast Forward,” Jason Aldean’s “Big Green Tractor,” the Grammy Awards-nominated Thompson Square hit “Are You Gonna Kiss Me or Not,” Jake Owen’s “Anywhere With You,” and more. In fact, it was Murphy’s work writing songs for Chesney that ultimately led to No Zip Code’s creation.
“I’ve been friends and written songs with Kenny for years,” Murphy says in a press release. “I sent him some songs for one of his albums a couple of years ago, and he called me up. He goes, ‘Man, you need to be making a record. I could produce it with Buddy Cannon, and I think people would love it.’ It’s hard to say no to Kenny Chesney when he comes up with an idea like that.”

Chesney did, in fact, produce No Zip Code, along with Cannon and the artist himself, who had a hand in writing all 11 tracks. The project will be released on Blue Chair / Reviver Records, Chesney’s record label; the No Shoes Nation icon was closely involved with picking each track for the album.
“We wanted to make the kind of album that you would listen to if you were camping or out on a lake fishing, or anywhere just having a good time,” Murphy relates about the process. “I’m really excited about putting out these new songs, and I’m looking forward to taking them out on the road and playing them live. We’ve had a heck of a good time making this record, and I think you can hear that.”