Posted by Green on February 18, 2021
in folk, singer-songwriter
as David Gray 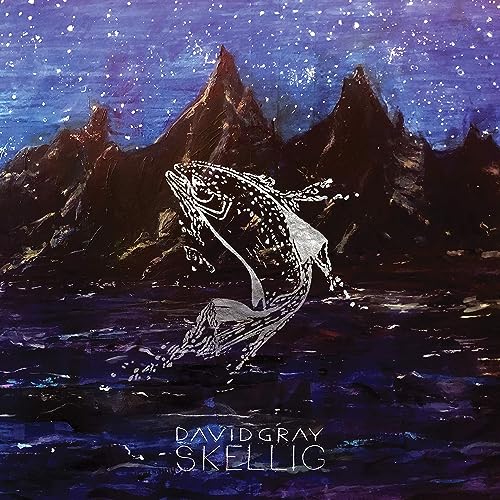 Nominated for a Grammy Award, four Brit Awards and an MTV Video Music Award (among others), David Gray is a global sensation with his unique, soul-stirring folk-rock creations. The brilliantly talented, self-made musician brings forth an intimate yet universally appealing sound with his exquisite new album Skellig.

David Gray is singular as an artist; his work is highly original while also reviving some of the greatest traditions in folk rock. He has spoken about being a musical mathematician and a sculptor of space (“good music is all about creating space: the space for the sound, the melody, the lyrics, the big payoff”), and he has likened songwriting to brush strokes on a canvas. Gray’s art school background has clearly benefited his ouevre.

The lush, dreamlike guitar of title track Skellig transports listeners to remote Irish islands where monks devoted their lives to prayer. With an echo of vintage Cat Stevens (Yusuf Islam), Dun Laoghaire washes over with impassioned vocals and chorus. The evocative Accumulates features melodious folk-rock acoustic guitar with a languid, measured beat, while Heart and Soul – also released as a single – is at once whimsical, passionate and uplifting. Heartfelt Laughing Gas wields pensive piano in a misty meditation, and No False Gods conjures a lullaby with a country music sound. One could slow dance to Deep Water Swim, with its deep beat and soulful vocals that hint at Tom Waits. Soft folk with delicate high notes and harp-like strings, Spiral Arms expresses once again Gray’s strong appreciation for classic artists like Bob Dylan and Van Morrison.

Gray is accompanied by romantic piano and chorus in The White Owl, which recalls Paul Simon, another possible old-school influence. The lovely Dares My Heart Be Free is a folk-blues ballad with tranquil acoustic licks, soft percussion, and a dreamily sentimental country-rock vibe. 90s Alternative meets Leonard Cohen in the gorgeously melancholy House with No Walls; and Can’t Hurt More than This, with its calm, deliberate piano and deeply heartfelt lyrics is sublimely expressive and contemplative. Finally, a poetic folk-inspired piece with ardent vocal riffs, All that We Asked For quietly and eloquently concludes this superb album.