Dave Arthur – Someone To Love You: Songs From The Rattle Vaults (2020) 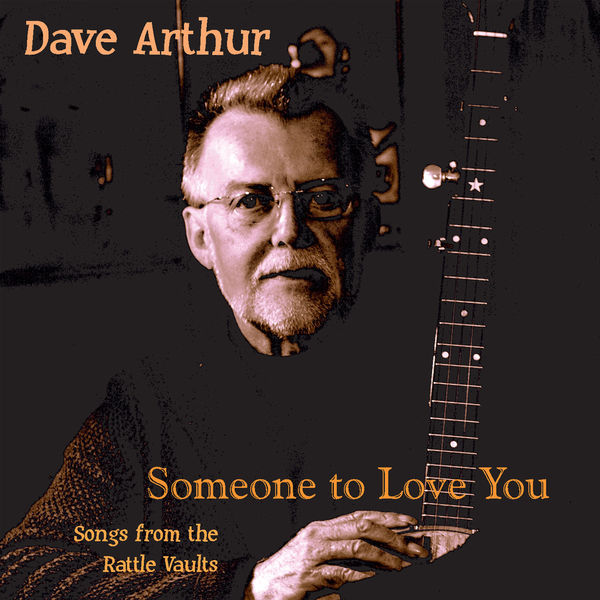 Dave Arthur thought it would be a good idea to collect some of his favourite songs from the Rattle On The Stovepipe catalogue as a Christmas present for his family and friends. When it was finished the collective wisdom was that it should be released to the wide world – a very good idea as the band’s early albums are now out of print. So Someone To Love You isn’t strictly a Dave Arthur album nor is it an objective Rattle On The Stovepipe retrospective. It is, however, a very enjoyable set.

It may be significant that Dave has selected longer songs, generally the more laid-back ones, as if he wants to savour the moments. There are exceptions of course: ‘Stackolee’ rocks along as does ‘Dead Heads And Suckers’ and the trio lean forward a bit on the murder ballad, ‘Monday Morning Go To School’, ‘Black Bottom Blues’ and ‘The Devil’s In The Girl’ – a text from Devon set to the tune by Dave, appropriately interpolated with ‘The Girl I Left Behind Me’.

Dave is a great believer in the dictum that a song is a living thing and has added to several of the songs. I was fascinated to note that while ‘Bill Dalton’s Wife’ has the ring of authenticity it actually began life as a poem by Hedy West’s father for which Dave wrote more verses and a tune. The only other written song is ‘Dillard Chandler’, by Dick Connette and that borrows from old songs including a favourite of mine ‘Saro Jane’ (originally by Uncle Dave Macon but who remembers the JSD Band?).

But I digress and that’s one of the side-effects of this record; it will lead you down dusty half-forgotten trails. Although Dave Arthur’s name is above the title of Someone To Love You he gives due recognition to the three musicians who have made up the band over the last decade and a half: Pete Cooper, Chris Morton and Dan Stewart. If you have all the Rattle On The Stovepipe albums you’re very lucky. If not, this is a wonderful place to start.