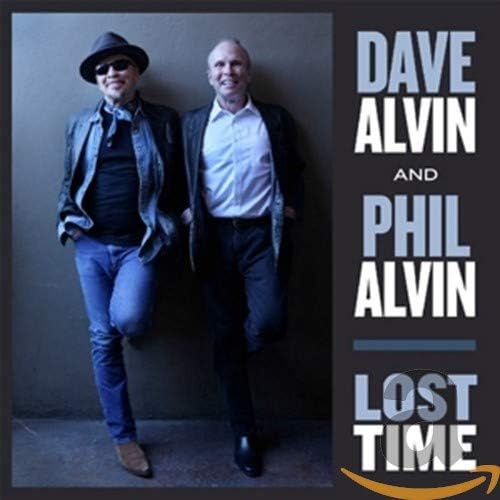 “Lost time is not found again”. This ancient idiom is at the heart of brothers Dave Alvin and Phil Alvin’s long, tumultuous relationship. However, in Dave’s own words, “Sometimes Fate, or God or the Universe, gives you a rare chance to prove an old saying is wrong”. The brothers’ new album, appropriately titled Lost Time, does just that. Over Lost Time’s twelve tracks, Dave and Phil pay homage to a number of artists and songs that had an early, formative influence. In Dave’s words “the masters of the Blues, the most transcendental form of American music”. Everyone from Lead Belly to James Brown is represented, but the figure who looms largest on the album, and in the brothers’ own musical journey, is Big Joe Turner. The Alvins met Big Joe as teenagers, and he would mentor them for the remainder of his life. They remain his humble students, and cut four Turner songs for Lost Time If their Grammy-nominated 2014 album Common Ground was the sound of a partnership rekindled, Lost Time is a four-alarm fire. Dave’s guitar work slithers and stings as never before, and Phil’s feral howl cuts to the core. Dave and Phil both sing and play guitar throughout Lost Time, and are joined by a crack band including Lisa Pankratz (drums), Brad Fordham (bass), and Chris Miller (guitar). The Alvin brothers founded seminal early LA punk roots band The Blasters in 1979, and after Dave left the group in 1986, they did not record an album together again until Common Ground. In addition to its Grammy nomination, that record earned wide critical acclaim, and features with NPR’s Fresh Air, The LA Times, Wall Street Journal and more. Dave and Phil will tour extensively behind Lost Time with Dave’s band The Guilty Ones.