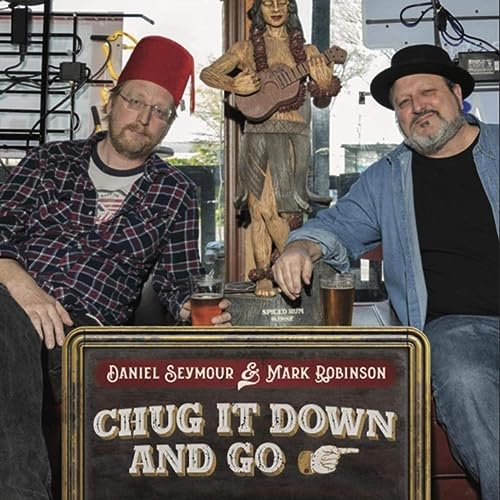 Daniel Seymour and Mark Robinson, both originally from Indiana, have long ago found their place in the Nashville music world as both solid session players and as solo performers and occasional sidemen. Robinson fronts the Mark Robinson Blues Band, with a fan base the spans the U.S. and reaches into the European Union. Seymour performs his songs in such iconic Nashville venues as Brown’s Diner, and is also known by fans on both sides of the Atlantic as a touring bassist for artists such as David Olney.

The songs on Chug it Down and Go represent a fairly comprehensive overview of blues, roots and Americana music, played by a couple of guys who really get it! It covers everything from jug-band music to country blues to Cajun, Western Swing, and even old-timey jazz.