Posted by admin on January 18, 2019
in country fusion, folk
as Dan Hicks & His Hot Licks 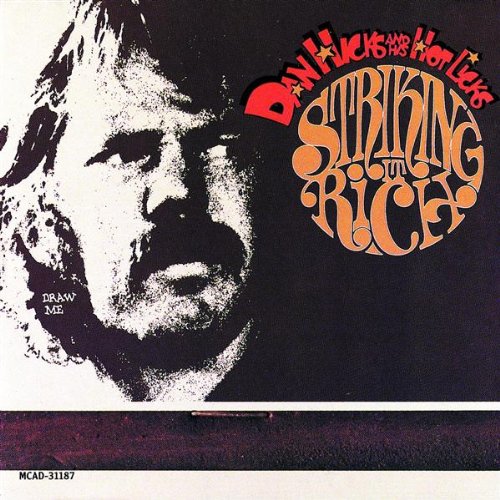 Striking It Rich features 14 more sides of hipster acoustic swing from Hicks and his helpmates, including the fan favorites “I Scare Myself” and “Canned Music.” The band’s musicianship remains mostly on the mark, but there are elements of the album that go beyond kitsch and the humor here is considerably darker than in the past — perhaps early signs of fading inspiration? The jazz flourishes of “Flight of the Fly” are nice, but not enough to lift this album’s darker spirits. “Moody Richard (The Innocent Bystander)” may be among the most well-known numbers on this album, but with its string arrangements and uncharacteristically slick production, it suggests the band wasn’t always above playing the commercial game. Maybe the album’s title was meant as more than just wishful thinking.