Posted by Green on February 10, 2021
in rock
as Creedence Clearwater Revival 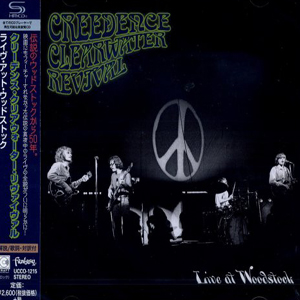 This long sought-after release celebrates the 50th anniversary of Woodstock, by giving fans a front-row seat to relive CCR’s stirring, hour-long set as it was performed that historic night in August of 1969. Kicking off with “Born on the Bayou,” the album features the band’s biggest singles of the day, plus selections off their first three LPs, including “Commotion,” “Ninety-Nine and a Half (Won’t Do)” and “Bootleg.” Full of creative energy, John, Tom, Stu, and Doug delve deep into their music, playing extended improvisations of “I Put a Spell on You,” “Keep on Chooglin’” and “Suzie Q.”