Posted by Green on December 21, 2020
in alternative rock
as Clap Your Hands Say Yeah 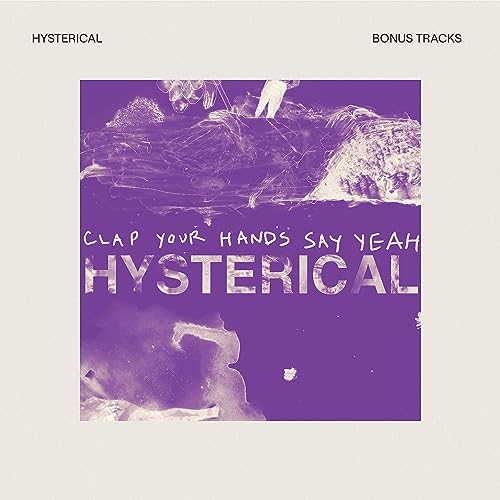 Standing on top of a mountain of hype and praise after the success of their first two self-released albums, Clap Your Hands Say Yeah did what few bands in their position would do: they took a break. Rather than striking while the iron was hot and getting another release into the impatient little hands of their fan base, they walked away to pursue other projects, allowing their members to follow all of their other ideas wherever they might take them for a couple years before eventually coming back together on their third album, Hysterical. With a generally brighter and more focused approach, the band returns to the formula of their debut, delivering an album of solid indie rock that focuses more on songwriting than experimentation. Instead of the blown-out fuzz of Some Loud Thunder’s opening track, Hysterical kicks off with the soothing atmospherics of “Same Mistake,” which offers up plenty of drama while still giving listeners something to dance to. The real highlight of the albums comes by way of the thumping tension of “Maniac,” a song that’s propelled forward by nervous energy, as Alec Ounsworth seems to channel the paranoid vocals of Clinic’s Ade Blackburn. If there’s anything bad to say about Clap Your Hands Say Yeah’s hiatus, it’s that it seems as if they’re a bit hesitant to start experimenting again. The album stays firmly planted in the post-punk/synth pop wheelhouse, which means that it’s incredibly consistent, but not necessarily surprising, which could be a good or bad thing for fans, depending on whether they prefer their debut or their sophomore album. Fortunately, this area is one that the band excels in, making Hysterical an album that’s kind of like musical comfort food, satisfying without perplexing.