Posted by Green on March 17, 2019
in celtic, folk
as Claire Hastings 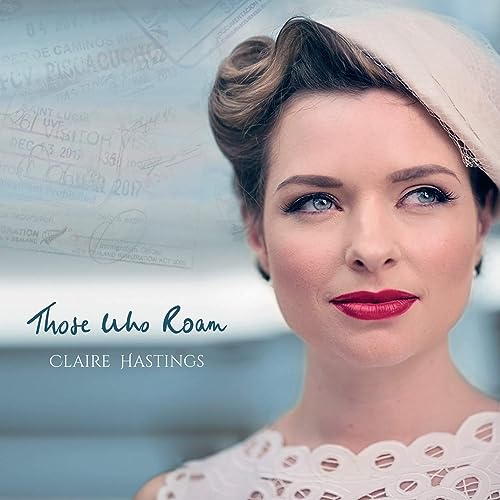 An album of folk songs that embraces the theme of travel and journeys seems entirely appropriate. So much of our traditional song has travelled all around our islands, and far beyond, it makes perfect sense to collate some of those where the characters who populate the stories are on the move. Scots singer/song writer Claire Hastings has done just that, in Those Who Roam.

With a core band of the highest calibre and Inge Thomson in the producer’s chair, Those Who Roam is an album as sharp as the swishing scythes that punctuate the album’s opening track – The Lothian Hairst. Claire’s lilting Doric floats above the steady bass rhythm of Jenn Butterworth’s guitar for a song that celebrates the 19th Century harvest gangs that would sail from Aberdeenshire to the south, then follow the harvest work all the way north again. The highly atmospheric approach to the song, and the album as a whole, features the distinctive sound of Laura Wilkie’s fiddle, Thomas Gibbs’ sparse piano and a steady accordion drone from Andrew Wait.