Posted by Green on December 13, 2019
in country, folk, singer-songwriter
as Chip Taylor 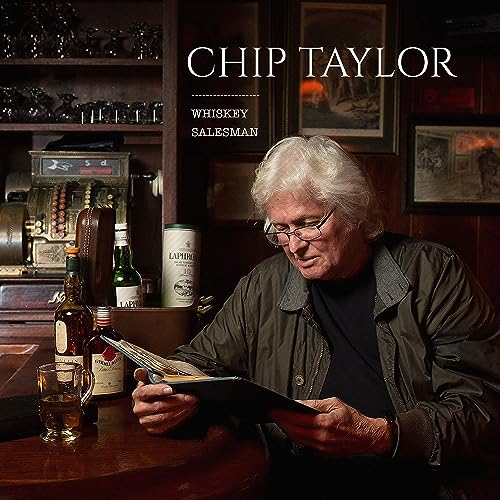 Songwriters Hall of Fame inductee Chip Taylor has been writing and performing for nearly 60 years and shows no sign of slowing down. The New York Times says it best: ‘If you only know him as the guy who wrote ‘Wild Thing’ and ‘Angel Of The Morning’ – you don’t know him! Chip Taylor is making some of the most distinctive acoustic music around today.’ ‘Whiskey Salesman,’ his latest in a remarkable string of recent albums, is at once both personal and universal. It is an album filled with timeless, intimate love songs – poignant, meditative odes to life. And drinking (in moderation) songs. Their spirit is perhaps best captured by the videos Taylor has created for each and every song (included on a dvd). Filmed at his own apartment and local bar, and starring his wife and friends, Chip welcomes everybody into his warm, heartfelt world. ‘Whiskey Salesman’ was co-produced by keyboardist Goran Grini and bass player Tony Mercadante. It also features master-guitarist John Platania (Van Morrison).