Posted by Green on July 30, 2018
in acoustic, blues
as Catfish Keith 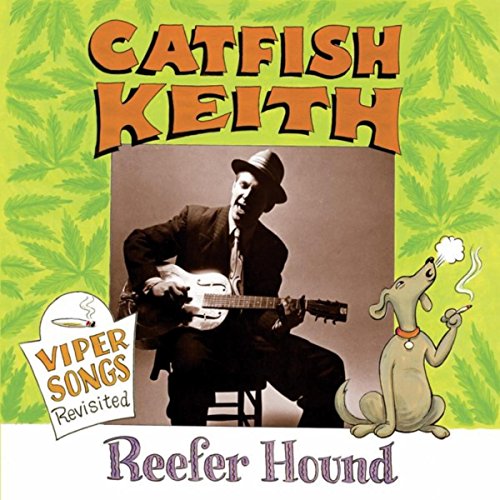 Born in 1962 in East Chicago, Indiana, Catfish started his musical journey in the early 1970’s, and has made his living for four decades as a solo country blues singer and guitarist, playing thousands of gigs throughout North America, the UK, Europe, and Asia.

He has been nominated for three BLUES MUSIC AWARDS for BEST ACOUSTIC BLUES ALBUM, and been inducted into the BLUES HALL OF FAME. Most all of his albums have charted and hit NUMBER ONE on independent radio stations around the globe. He has performed with such legends as Ray Charles, John Lee Hooker, Robert Cray, Johnny Shines, Jessie Mae Hemphill, Leo Kottke and many, many others.

This is a compilation of songs spanning his whole career, coming from eleven albums, from his beginnings, through today, of great old reefer and party songs, many first made in the 1920’s and 30’s, as well as some Catfish originals that fit like a glove.