Posted by Green on February 6, 2020
in post-rock
as Caspian 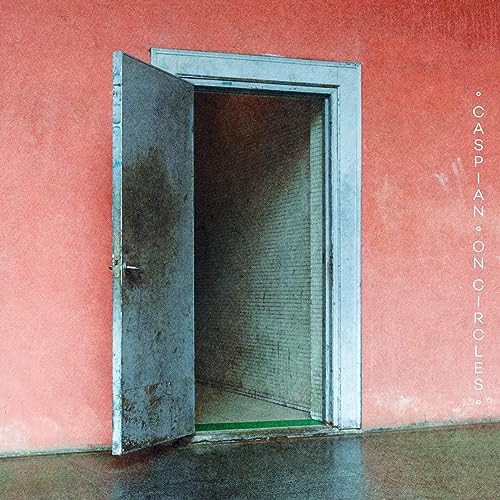 Long-running cinematic rock band Caspian don’t want you to call their fifth album On Circles a “redemption,” a “comeback,” a “rise from the ashes,” or any of the other sentiments that emerge when bands return from nearly five years of silence. Instead, this majestic collision of post-rock, metal, shoegaze, electronics, noise and ambient music is an existential meditation, an acceptance of the cyclical nature of both life and career. Produce by Will Yip (Code Orange, Defeater, Quicksand, Turnstile), On Circles marks the most organic writing and recording sessions in Caspian’s 15-year history. Together for four weeklong songwriting sessions, the band (joined by propulsive new drummer Justin Forrest), opted for music gleaming with visceral impact instead of over-thought tangles, over-arching concepts and drawn-out crescendos On Circles is an art-rock record swirling with fourth-world saxophones, dubby textures and 7/8 rhythms. The albums two epics, “Division Blues” and “Ishmael,” feature apocalyptic cello from Jo Quail (Myrkyr, Winterfylleth, Poppy Ackroyd). The wistful “Nostalgist” features vocals from Pianos Become The Teeth vocalist Kyle Durfey. For the first time, each track is meant to stand alone. “They’re just songs that we got together and wrote over the course of a year while trying to have a good time and reclaim whatever it is that’s simple about all of this,” says Jamieson. “Don’t get me wrong, we kicked our own asses constantly and stayed up staring at the ceiling thinking about song structures all night for a year . but being free from the yolk of having our music relentlessly try to answer the un-answerable was emancipating and humbling.” Eschewing many of the giant, enveloping wall-of-guitar build-ups of past Caspian albums, the songs inside On Circles even take circular paths, with no beginning or ends. “Life isn’t a series of epic crescendos, ” says Jamieson.