Posted by Green on February 13, 2021
in Discography, progressive rock
as Camel 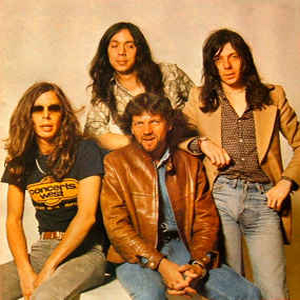 Camel is an English progressive rock band formed in Guildford, Surrey, in 1971. Led by founder-member guitarist Andrew Latimer, they have produced fourteen original studio albums and fourteen singles, plus numerous live albums and DVDs. Without achieving mass popularity, the band gained a cult following in the 1970s with albums such as Mirage (1974), The Snow Goose (1975) and Moonmadness (1976). Surviving punk rock, they moved into a jazzier, more commercial direction, but then were put on a seven-year hiatus in the mid-1980s. Since 1991 the band have been independent, releasing albums including Dust and Dreams (1991), Harbour of Tears (1996) and Rajaz (1999) on their own label.