Posted by Green on March 30, 2018
in americana
as Caitlin Canty 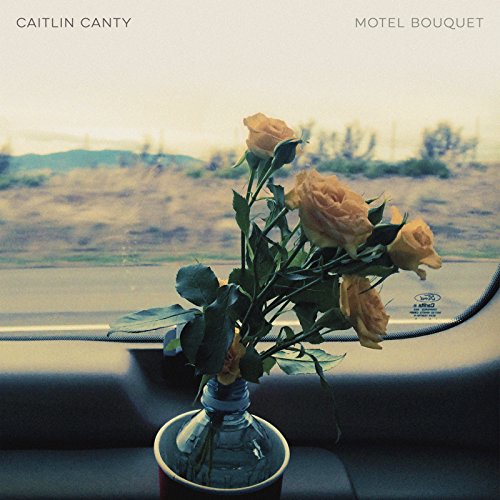 Earlier last year, American Songwriter caught Caitlin Canty at Folk Alliance, writing that the Nashville-by-way-of-Vermont artist “hypnotized the crowd with her brooding folk sound.” At that time, Canty was still performing in support of her 2015 album Reckless Skyline, an album that earned her acclaim from outlets like NPR and The Telegraph.

Now, Canty is preparing to release Motel Bouquet, a new collection of tunes due out March 30 via Tone Tree Music. Noam Pikelny, known for both his solo work and his work with the Punch Brothers, produced the album, which also features guest contributions from Aoife O’Donovan and Stuart Duncan.

“This record was written on the move — in airplanes, motels, backstage, and upon uprooting my life to leave behind the concrete of NYC for the green edges of Nashville,” Canty says of Motel Bouquet. “I wrote these songs while looking back at loss, while falling in love, while traveling around the country on tour.”

Ahead of Motel Bouquet‘s release, Canty has shared a new song, “Take Me For A Ride.” It’s a mesmerizing number, Canty’s low, incandescent vocals anchored by a gentle guitar twang and gossamer pedal steel. Canty wrote the song with Kristin Andreassen (Uncle Earl), on Andreassen’s porch in Nashville. It was the first song Canty and Pikelny recorded for Motel Bouquet, and also serves as the album’s opening track.

“The song is a take on the frustration in circling back to a vice or a person that you’ve been trying to quit,” Canty says. “Noam Pikelny produced and gathered a band of brothers and strangers — some of us had played music together for years and others were just meeting that morning. That familiarity and newness fostered an ease and intensity and fueled our three days in the studio — it is the spark and the smoke in this song. ‘Take Me For A Ride’ set the tone for the session, and it felt like the natural opening track for the record.”